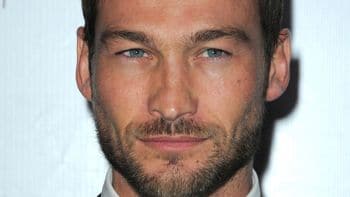 The things that not even super heroes can conquer….

At the age of 39 Aussie actor and heart throb, Andy Whitfield the Latimes reports has succumbed to his battle with non-Hodgkin Lymphoma in Sydney, Australia. Known for his commanding presence on the Starz drama, “Spartacus: Blood and Sand,” the actor leaves behind a legacy and a resilient stamina that in the end wasn’t enough even to thwart an illness that after an 18 month battle eventually took his life.

Known for playing an invincible hero, his death is on some level more heartfelt and ironic given his on screen persona. But that perhaps is the pathos of being an entertainer, that the roles we excel in on the big screen are sometimes not the roles we can become as much as we will it in reality, but then again such things as cancer know no rhyme or reason, which is why Andy Whitfield’s death is perhaps even more startling given the legacy and aura that he commanded on screen and of course off screen, and perhaps even more so now….

“We are deeply saddened by the loss of our dear friend and colleague, Andy Whitfield,” said Starz President and CEO Chris Albrecht in a statement.  “We were fortunate to have worked with Andy in ‘Spartacus’ and came to know that the man who played a champion on-screen was also a champion in his own life.  Andy was an inspiration to all of us as he faced this very personal battle with courage, strength and grace.  Our thoughts and prayers are with his family during this difficult time.  He will live on in the hearts of his family, friends and fans.”

Such it seems is the disquieting madness of life, as much as we master it and excel ourselves in certain arenas even that can never assure us the next playing day- yet that perhaps is the bitter sweet quotient of what makes life so riveting: it’s vulnerability, fragility and its perplexity- all qualities that Mr Whitfield brought to his role as Spartacus and will live with us beyond. The folly of being human, even super human. Rest in peace- Andy…