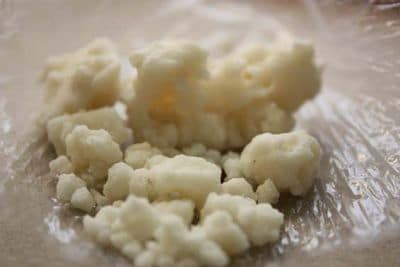 “Of course you are. You think I don’t see you thinking?”

He sits back for a moment and reflects: “Really, I have no shame, it’s just business. I keep it clean, simple, a few close connects and go about my day.”

” How much money do you make doing this?”

“Sometimes $2K,$3K a night, sometimes a few hundred and during the end of month when everyone gets their paydays the skies the limit.”

As the flames begin to shoot around the base of the pot he starts swilling it, guiding the gooey wad that is now beginning to take hold, before adding drops of water from the faucet and setting the flames down.

“This is what I call free base pappy. Just the pure shit.”

At this moment the first of what wil be many customers that evening begin to call. He picks up and begins speaking in Spanish before returning to me.

“They always start about now, but you wont catch me going out until after 9pm. Man’s got to eat first.”

We now move to the living room, the evening news blaring away, where Carlos now begins to crumble away some of the gooey stuff which has begun to dry into a cakey rock.

“I always like to know what’s going in the world.” he says.

Spreading the content as fine as possible across a black tray he then begins the delicate task of stuffing the good shit into black cellophane bags- $20 and $50. All of course with an accumulated sense of how much goes into which bag.

“You don’t worry about getting caught?”

“For this? No way. I’m very careful pappy. I only deal to customers that I know. Plus you think I walk out with all this shit by myself? I got my people letting me know what’s good.”

Once again the phone rings and Carlos casually tells some John that he’ll be heading out in ten minutes.

” Geesh,” he finally smiles at me after putting the phone away, ” it’s going to be a busy night.”

Of course the ten minutes turns into at least into an hour as Carlos proceeds to wrap the content away. By this stage the other guy on the line has probably called Carlos back 3 times. By the fourth, Carlos doesn’t even bother.

“The way I look at it- if you do this business smart, make the peace with the people you need to make then you’ll be fine. And the rest will fall into place.”

“Do your customers come to you?”

” I used to let them, but then they’d come and start smoking this shit, getting zoned out and then I could never get them to leave. So why draw attention to myself. Now I just go to them. The last thing I need is some nigga knocking on my window at 5am in the morning. We’ve got neighbors”

I smile, wondering where I find the audacity to be sitting in some room deep in Bedstuy with someone like Carlos who if most people where to see walking down the street would never in a million years figure out what he’s doing.

“Do you ever take time off?”

“Do you ever take time off from all that writing you do? Nah- the money is too good. Sometimes I take a week off and take the missus and me back home, swim, see the family, get a tan, that shit.”

By now whatever Carlos’ girl has been cooking smells good, but the phone is beginning to go crazy again.

“So that’s one of those pay as you go phones?” I finally ask.

“Pappy, why shouldn’t I be careful. You think I want the feds chasing me?”

“Do you ever see yourself doing something else?”

“Of course pappy. I want to be a photographer one day. But first I got to make me some money.”

He then gets up and begins to produces a series of photos from the other room.

“Why not?” I say looking at what is admittedly some compelling photos of people in the hood.

“Everyone’s got to want something.”

“Do you ever find yourself feeling guilty about what you do?”