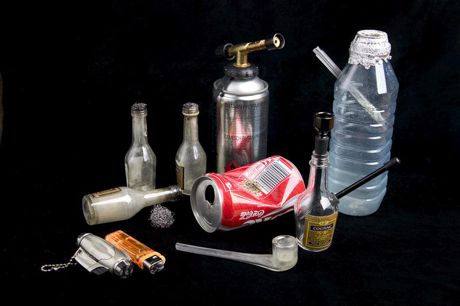 Let’s call him Carlos has been up for the last 24 hours tending to the art of cooking pure based cocaine, converting it into a a sticky yellow white pulp called crack, bagging it in $20 and $50 portions and then making the trek over to a phalanx of customers that depend on him to make it through their day.

It’s 7pm in the evening and there in front of me inside some unassuming basement tenament is the arc of a man intent on making as much money is as humanely possible. As he speaks to me, he casually rolls up a spliff, inhales it deeply before turning to pass it to me. I take it, too afraid to tell him that I can’t even stand the aura of weed, let alone crack and make a half assed attempt to inhale.

“The thing pappi,” he regales me “is to never get hooked on your own stuff. The minute you do, it’s over- kiss it goodbye. You become just as bad as the rest of them.”

“As your clients. You mean?”

“What are you talking about?” he shouts, taking the blunt back from me. “Too much of anything will kill you. You think just cause people smoke this shit (poking at a wad gelling at the base of a pot) that I think they’re bad? No- what type of person would I be to judge them?

I nod take out a packet of Marlboro lights and began to smoke anxiously.

In front of me, lies what could easily be a pound of pound of some of the best coke in the city splattered on a black tray. This I know ’cause my tongue is numb and my mind racing just from the simple task of poking my finger in the tray.

Carlos then turns around and reaches for a couple of boxes of Arm & Hammer baking soda and begins the delicate task of cooking up a new batch. Meticulously he places a portion of the cocaine in an empty pot with a few drops of water at its base before applying a portion of baking soda.

“Pappy, I like to keep this shit good so the customers keep coming back. At least 7 to 10 baking soda. The trick is to get a consistency throughout.”

Although I’m not sure if the word consistency is his choice of word or mine.

“You don’t measure it with something?”

As he begins pouring the contents into the pot he then begins to steadily add water and begins to adjust the stove flame, occasionally tilting the pot and stirring it gently with the aid of an oversized spoon.

Next to that pot is another with its contents already slowly gelling into a wad the size of a young child’s fist. Carefully whilst cooking the other pot he tips the water out and places the sticky goo on a double folded paper towel.

As he’s doing this part of me can’t help but wonder to what degree Carlos is enjoying this, the way say a master chef would go about making flame broiled fillet mignon. Except this isn’t a side of a cow that Carlos is baking.

At that moment, Carlos’s live in girlfriend arrives. Barely acknowledging what he’s doing she puts some groceries away, mentions something about how much she can’t stand people who push in line before nonchalantly inquiring what he’s in the mood for dinner.

“I got this steak on special,”she says pointing to a large porter steak with its grocery sticker firmly embossed on the side.

“In a little while baby. Just let me take care of this first.”

He then takes another drag of his spliff and smiles- “So you think you can write an article about this shit and make me a hero?”

“Why not,”I nonchalantly say ” I would never in a million years be able to do what you do.”

“Pappy, do you think I do this because I don’t know anything else in life? You know I went to school. I have my GED. Shit, I could have gone on to college to become a professor like you.”