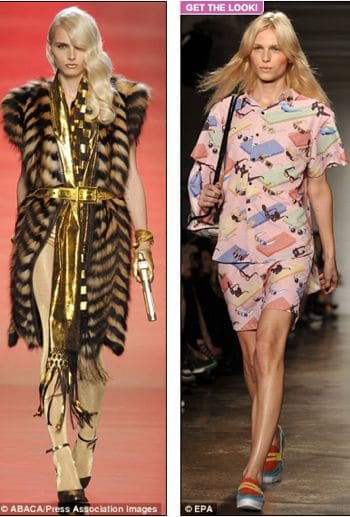 Being a super model comes at your own peril… 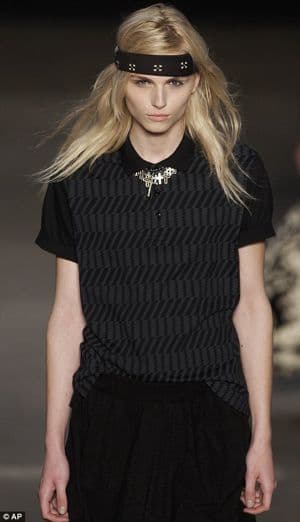 Since been discovered within the oeuvre of haute fashion not even 2 years now, glam androgynous model Andrej Pejic has captured the fashion world’s imagination, redefining axioms of beauty, cross gender, beauty and what we mean by masculinity and femininity. Yet in a new exclusive with Grazia Mr Pejic makes it obvious that there’s a price for all this wonderful hysteria. It’s his appetite. Or to be succinct the forced lack of one…

‘Let’s be honest. You can’t eat much if you want to do this.

‘To do womenswear I have to be disciplined. My waist has gone from 29 to 25 inches, my hips are 35 inches.’

Let’s be honest in the fashion world? Are you kidding us Andrej, we only wish there was more honesty to go around that would saddle the conscience of featherweight models dashing from casting to casting in the hopes of realizing their 0ur dream of the next billboard enigma.

All of which presents a certain quandary for Mr Pejic, by virtue of fulfilling a largely artificial role he has reckoned on his body a stunted development  one would hope at least financially compensates him very well, but one can’t help but wonder what price he and to some extent we as a society pay when we have an enclave of young men and women tampering with nature, natural inclinations to adhere to certain dogma.

In some way, Mr Pejic reminds this author of the 17th century castratos that would have their testicles removed just to affect a particular dissonance whilst singing. Only to have it go away once they became a certain age and their masculinity was forever usurped. Hmm, might be interesting watching Mr Pejic morph into a masculine male, but first he better make as much money as he can possibly grab off the table – right?