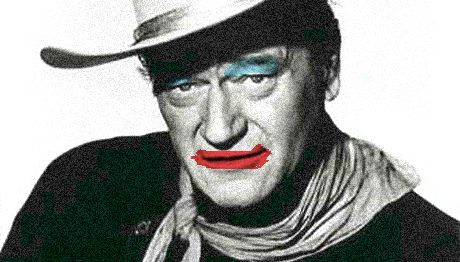 Being a man is hard work. Being just me or you is hard work. But what do we mean when we say ‘just be a man?’ What do those four loaded words really mean, and how much has their meaning changed since the times when men not so long ago were ensconed in existential jaunts in third world nations writing literary best sellers, tiger safaris and the odd foreign civil war? Today it seems being a man is all about admitting that you too have bikini waxes, are not afraid to wear lip gloss and occasionally shed a tear in public.

Frankly the worst thing another man can ever say to me is ‘be a man.’ When I hear those words I want to stick my fist down his throat. What prompts another man to say to another ‘just be a man?’ Does that intimate picking up the dinner bill in front of the ladies (cause that’s a manly thing to do as oppose to sharing it now that we’re all supposedly liberated), does it mean that I am suppose to risk my life, my sanity for the greater good- because this is man’s burden or does it mean that being a man has more to do with the appearance of leadership than actually necessarily accomplishing anything (you can look at the world political stage for proof on this one).

In a compelling article out of AOL (yes- they still write the occasional good article), Michael McLaughlin, decries the loss of our collective male character. Reading it I found myself laughing, shaking my head in agreement but all the while wondering- are the tenants of what makes us males masculine contingent on the times we live in or are they yardsticks that for eternity we are expected to comply with in order to be admired and respected by our fellow men (another ritual of being masculine I have been told) and that of women whom to a large degree the song and dance of being masculine is performed in the hopes that we get to bed them and produce offspring?

aol: They say it’s a man’s world, but Ernest Hemingway wouldn’t believe it if he were alive today, according to Marty Beckerman, author of “The Heming Way.”

“Anything a Cub Scout could do, the average American guy can’t do, like how to hunt, how to fish, how to start a fire,” Beckerman said. “If you dropped us in the middle of the woods, we’d be dead within an hour.”

Is this to intimate that being a male is about being able to come home with the token trophy lion’s head on the mantle? Or is it akin to us dropping into some new unseen territory and within a year turning it into some metropolis for our collective living, never mind if we have to kill a few indigenous tribes to secure our birthing rights. Does this all imply being a man ostensibly is being able to openly show other males and females our material achievements, our hunter prowess, the catch of the day? And what if we can not show such things but instead all we show are tender