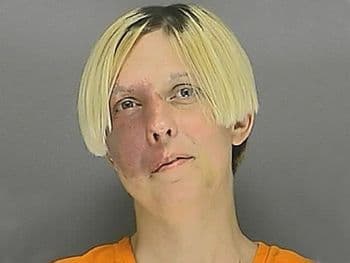 Down the hatch she goes…

Sarah Lynn Cheek is nursing a giant hangover pursuant to being arresting for child neglect this past Thursday evening. But at least it will be a hangover she will remember for some time to come…

It all began when Sarah Lynn took herself and her toddler down to the local boardwalk purportedly in search of a job. As fate would have it, Sarah Lynn’s job exploration took a slight detour when she came across one Daytona beach bar.

That’s when Sarah Lynn thought to herself she should pop in and see if the manager was around so she could ask him for a job.

Probably not wanting to cause her child any inconvenience, after all bars are noisy and full of alcohol and other things that one should never expose a child to (right?), Sarah Lynn had her child wait in the comfort of their stroller outside whilst she supposedly went in to ask for a job.

Of course seeing that the manager wasn’t in yet, Sarah Lynn took it as an opportunity to try out the grog (cause there’s nothing like telling the bar manager how delicious the bar grog is during an interview). Whilst Sarah Lynn was licking the moonshine off her lips it started pouring rain outside and that’s when fellow bar patrons started racing up and down in disarray. So much disarray that one of them had to call the police over to speak with Sarah Lynn. Personally me thinks they could have waited until Sarah Lynn had a couple of more shots of moonshine so that way she could really make the right impression on the bar manager. Right?

To cut to the chase, Sarah Lynn was eventually arrested and released on a $5000 bond (which means she will really now need that job). It was also said that when the police spoke to the child’s father, he said he thought his 14 year old daughter was looking after the child. Personally me thinks it mightn’t be a bad idea for the bar manager to look after the child in the future….but then again he already has a job right?