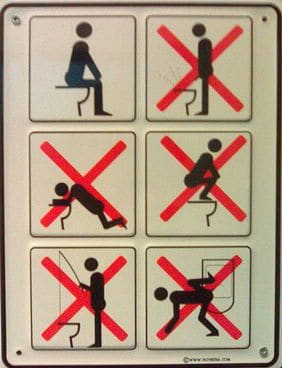 There are due causes for urinating on someone: getting stung by a jelly fish, made famous by Friends; if you’re dying of thirst in the desert, I suppose; if someone has recently gotten into ‘urine therapy’.  You will find none of these justifications, however, in this news item.

Police documents tell of a Jet Blue red-eye flight from Portland to JFK Wednesday that was pure pandemonium.  First, about five hours into the journey, an 18 year-old boy, Robert Vietze,  of South Warren Vt., a little tipsy from the (illegally obtained!) eight drinks he’d consumed, teetered and tottered his way up five rows and drained his lizard all over a young girl’s leg.  The little girl was left vulnerable after her sister and father were up using the real restrooms.  Her father caught the sadist midstream, hooting and hollering at flight attendants to get that loaded kid away from his family.

Poor guy had only this to say for himself: “I was drunk, and I did not realize I was pissing on her leg,” the 6-foot-4, 195-pound Vietze said, according to law-enforcement sources.

But wait, there’s more!  Someone vomited!  And there was no doctor or nurse to be found!  Unbelievable.

Fortunately, police were on hand when the plane landed to escort the ill passenger away, while four officers took that piddling SOB into custody.  He issued a federal summons for indecent exposure.

I tell ya: with all these news stories coming out day to day about the trauma that happens when flying, I have a right mind never to fly again.  Nope, it’s the Greyhound for me.  Those are my people: the passengers that call out at any stop whatsoever, without fail, “Driver, time for a smoke?!”  Salt of the earth, those folks.  Not to mention you’re so desensitized to passengers puking and pissing and drinking and whatever else that you just don’t mind, nor does it pass for news.