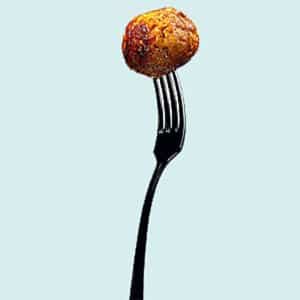 The world is a very scary place after all…

A 21 year old chef is said to have confessed to luring a man he met on a gay chat site in the city of Murmansk, Russia for the explicit intent so he could eat human flesh.

In fact so strong was the man’s desire to eat human flesh that upon his arrest he said he was planning on killing an additional ten individuals to savor his appetite.

Speculates one investigator, Fedor Bludenov: ‘It wasn’t that he had an extraordinary hatred for those of a different sexual orientation, but he was sure that such people would keep a secret about who they were meeting, so it would be harder to catch him.’

Keep a secret that they were being dined (literally) and wined by a homicidal individual? What is of note though is the reasoning of why the chef used the route to look for his victims through a gay chat site? Is that because he is latent gay, and if so, was he so appalled by such desires he wished to negate them in the most visceral terms by eating the flesh of gay individuals or was it also a situation that in the small arctic town of Murmansk, with a population of 300 000 gays were perhaps reviled(after all the investigator makes a point of mentioning such rendezvous were often kept secret) and if one was disposed to kill why not kill someone that everyone else hates?

Upon luring his victim to his house, it is said the chef then proceeded to brutally hack away at his victim, even cutting off the feet and head. Satisfied that they were finally dead (one would hope so at this point) the young chef would then proceed with the task of using his victim to make meatballs, sausages and what he has argued was his prize dish- rib entrees. In fact so enamored was the chef with his cooking prowess he then took the time to post videos of him cooking online. One can only imagine the perverse feeling of euphoria of concocting his signature dish and sharing it with the world at large…

What is of interest is the fact that a similar crime occurred in St Petersburg in 2009, when 2 cannibals killed a 16 year and ate her- which raises the following question, is there something about the Russian mindset or the day to day realities of living there that could possibly foster such deep antipathy towards another human being or do some people naturally have a burning desire to eat other human beings no matter the consequences?

Of particular note, if convicted, the chef will not likely under Russian rules face more than 15 years in jail. Perhaps this once again helps explain the diabolical sensibilities in this part of the world.