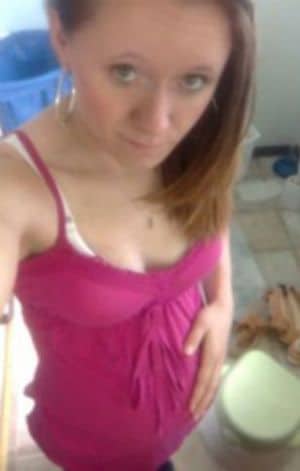 Does it get any more perilous? Mother: “I needed to sort my life out first before I could have any more kids…”

dailymail.co.uk: A mother-of-two who is accused of dumping her newborn baby in a hospital trash can ‘hid’ the pregnancy from her boyfriend saying she was bloated by cancer treatment, according to a report.

For her troubles Jasmine Marie Ritchey, 23 was arrested pursuant to her new born boy being found at the bottom of a hospital trash bin, wrapped in a plastic bag, and blue in the face.

Miraculously the boy survived the trauma it experienced but as of yet doctors aren’t sure if the boy will incur brain damage due to oxygen deprivation it incurred.

It all began when Ritchey who ironically operates a business specializing in pregnancy portraits called the ambulance telling them that her water had arrived.

But that story changed upon arriving at Providence St Peter Hospital where she then claimed she had a form of ovarian cancer. It’s when she was asked to provide a urine sample that Ritchey then gave birth in the bathroom where she then wrapped the child in a plastic bin and dumped it in a trash bin before proceeding to leave the bathroom with blood running down her leg. It was only after a nurse recalled grunting earlier coming out of the bathroom that the child was found.

But the story only gets better. Preceding the birth, Ritchie was somehow able to convince her boyfriend, Tristan Williamson, that the reason she was bloated was because she had ovarian cancer, a type of ovarian cancer that would over the months continue to bloat and exacerbate accordingly.

To date the boyfriend is ardent that he would like to obtain custody of the child, while Ritchie is held on $50 000 bail for attempted murder and child endangerment.

In her defense she argues she needed to sort her life out prior to having more children.

A fitting response may be why didn’t she just disclose that she was pregnant in the first place and then perhaps look for alternate homes of the child unless that’s what she intended all along until panicking in the end and deciding it would just be easier to throw her new born in a trash bin and then walk out back into the open world with a placenta in one hand and blood tricking down her leg, never mind the blood trickling down a young boy’s leg as he lay abandoned, left for dead inside a plastic bag at the base of a hospital trash bin.