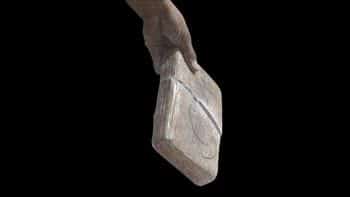 It’s time to take a bizarre fishing expedition and see what you can drag out of the ocean.

Have you ever gone fishing and hauled in some unique specimens? Par for the course. But what about a brick of what authorities now speculate to be pure uncut cocaine?

Two brothers, Thomas and Kenneth Swindal set out on a fishing expedition this past Wednesday when they came across a brick of as yet unknown substance before throwing it back in the ocean. Except one of the brothers didn’t throw the whole brick back into the ocean. In fact he had cut off chunks of it and began snorting it. What happens next, according to Kenneth Swindal has beguiled authorities.

wpbf: Kenneth told investigators that about 90 minutes later, Thomas began running around the boat, throwing things into the water, including a cell phone and a VHF radio. Thomas also picked up knives, pliers and a gaff and removed the cowling from the engine, which fell overboard and sank, leaving the brothers stranded.

To avoid further dangers, Kenneth said he tossed all remaining sharp objects into the water, as well as the package of the mysterious substance.

Kenneth then climbed to the top of the boat to signal for help. A passing vessel picked the men up, and arrangements were made for paramedics to meet them at shore.

Part of us wonders if Kenneth is telling the truth, another part of us is wondering how come we’ve never come across shit this good before and the other part is wondering what the heck did Thomas Swindall sniff that made him lose the plot?

Upon being taken to the hospital, Thomas Swindal later died, as of right now authorities are trying to determine what may have killed one of the brothers.

The moral of the lesson? Never snort strange bricks floating in the ocean, well at least until you figure out what it is you’re intent on snorting…