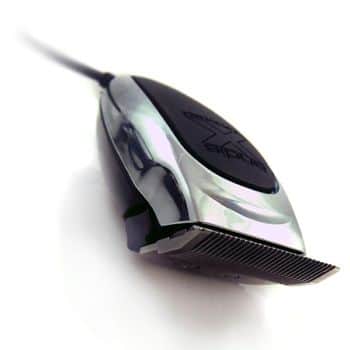 She broke his heart.

Men and women alike feel a strong affection towards their hair.  It is not necessarily vain to love one’s hair; those locks are sacred.  So when a psycho creep of an ex-boyfriend bursts into your door to cut off all your hair, it is perfectly understandable to be upset.

KIRO TV: “Lynnwood police said the former boyfriend of a woman broke into her apartment Friday, held her down and shaved her head so she would not be attractive to other men.

“The victim, a 30-year-old woman, was crying hysterically and holding her head in her hands, which held clumps of hair, police said.”

This was no liberation-shave ala Britney, Sinead, Demi, or Natalie Portman—this was meant to hurt.  Luckily, the woman called the police as soon as the man showed up outside her house.

It seems she was expecting this:

“Documents said the man had also threatened to shave her head on Wednesday while they were at her former boyfriend’s father’s house and also tried to stuff her into a clothes dryer.”

“Stuff her in a clothes dryer.”  That would be an awkward sight for the man’s father to witness. And what was he thinking?  That he could tumble her around?  Those dryer doors don’t lock, you know.  Even if he managed to stuff her all the way in, she’d just get out in a second.

Alas, he is quite the loose cannon:

“Police said the man admitted to using methamphetamine, methadone, Xanax and Abilify that day and that he experiences delusions and hallucinations.”

I hope the day comes when shaved heads are not a symptom of some pathology.  But look on the bright side: this woman can use all the beautiful shaved heads in vogue as a model, get a restraining order, a new boyfriend that’s not psychotic, and become a whole new woman after this admittedly forced make-over.