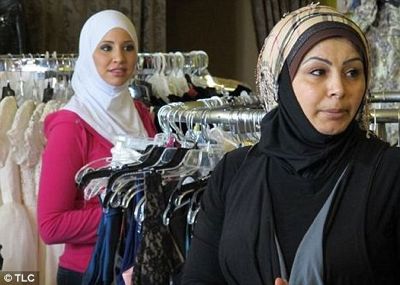 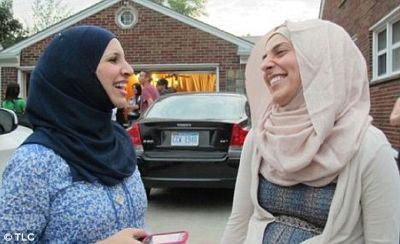 It was bound to eventually happen and finally it has. If they could make a reality show about despicable women squabbling over diamond tiaras and 15 year old pregnant girls trying to make it with $38, surely the networks could come up with a similarly energetic program schedule to draw America closer to the daily struggles of the American Muslim.

The program – called ‘All American Muslim’ – will follow five Muslim families in Dearborn, Michigan hoping to expose the ‘misconceptions and conflicts’ they face ‘outside and within’ their own community’.

Dearborn has one of America’s largest Muslim populations and has the largest mosque in North America.

Is this to invite viewers in a world where they perhaps would never dare venture into, or be allowed to venture into? Or is this just a clever guise to further reiterate current belief systems that somehow most Muslims are implicitly backwards and somehow responsible every time a large bomb goes off in the vicinity of white people with blonde hair and blue eyes? Or is this someone in TV programming genuinely curious to see what happens when you challenge stereotypes?

Offers TLC’s general manager, Amy Winter, the intent of the show is to provide insight into their culture with care and compassion. As opposed to hyperbole and a raging madman with a carving knife looking for his daughter because she dared look at Shane the next door neighbor, Dearborn’s only wannabe male model. After all, it’s one thing to make a documentary exploring relevant paradigms, but this is reality TV, somewhere along the way there has to be a punch up, a pregnant 13 year old cousin who got knocked up by Shane before he fled for Los Angeles and the odd recalcitrant uncle who creates a national alert because he refuses to submit to the 12th pat down in a row. Right?

According to the network’s statement: ‘The families featured in the series share the same religion, but lead very distinct lives that oftentimes challenge the Muslim stereotype.’

The announcement comes as positive attitudes in America towards Muslims appear to be on the rise.

One suspects the show is going to be an existential bore or a zinger the next time another Arab state attempts to secede from its brutal readers which leads to the local Muslim community in Dearborn, Michigan selling raffle tickets as an act of solidarity. That or when a Tea Party gets to live with a Muslim family and a Muslim family member gets to live with a Tea Party family where in the end, an attempt is made to bring two vast Americas together as only TV can. That or a clever way to tap into the burgeoning Muslim consumer market.

Or on the other hand it could end up being an honest dialogue as to how some of us get to live, give or take a few sneak surprises…