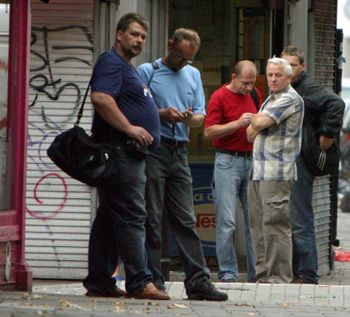 Living in Holland is suddenly going to be an eyesore if your are from Eastern Europe.

It seems the influx of nationals from other parts of Europe is finally taking its toll on Holland which has proposed to enact laws that would force Poles and other Eastern Europeans to leave the Netherlands if they can not find a job as well as withholding state benefits if they don’t speak Dutch.

This of course is not sitting too well with the EU, who fears other nation members might be tempted to copy the Netherland’s threat.

Despite the threat of such rules, the rules it seems are in a direct breach in worker protection freedom and movement within the EU. That said, there may be a reason why the Netherlands feels compelled to enact such laws:

dailymail.co.uk: Holland has about 200,000 migrant workers from Eastern Europe. Although this figure is far less than for some other countries – such as the million-plus who have come to Britain since Eastern European accession to the EU in 2004 – the number is growing rapidly.

Poland’s economic minister Waldemar Pawlak calls the plans worrying and perhaps for good reason- not only does it unsettle the freedom of workers within the EU but it puts a lot of pressure of possibly bringing an influx of those Poles returning back into the community who the Polish government will be forced to offer unemployment benefits too. One might argue the central schism between Holland and other Eastern European nations is where the rate of unemployment is much higher than that of Western Europe, thereby forcing countries like Holland to pick up the tab that would normally have been picked up back home.

But perhaps the following can further elucidate the degree of what some call Poles and other Eastern Europeans taking advantage of the Netherland’s welfare and labor relations operandi.

There is a growing discontent with labour migrants in the Netherlands, where  Poles are accused misusing the social  benefit system.

The rise has prompted a number of factories in the Netherlands to use Polish to communicate, with signs written in the language as well as the hiring of Polish managerial staff.

On the surface it seems that the Polish economic mister has a point- that any attempt to transport new rules would violate freedom of worker mobility as well as border on discrimination, but at the core lies the fact that many Dutch locals feel overwhelmed and taken advantage of, especially when it comes to the realization of labor against the spirit of what the EU had proposed when it effected worker mobility.

After all it’s one thing to allow a freedom of labor, but another thing when you are now forced to pay for their upkeep if migrating workers from other EU states are unable or willing to find work. Or is it?