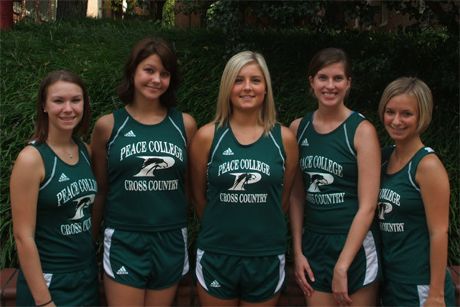 Welcome to Peace College, North Carolina’s attempt to have gender neutrality everywhere except in the classroom…

On one level one can argue the school is attempting to placate those camps who are absolutely horrified that men will suddenly be amongst them, but on the other hand gingerly gauging the giddy idea of suddenly having men on campus.

The compromise? To offer select single gender courses in targeted disciplines (I’m too afraid to speculate what those would be…blah) where research holds men and women learn differently (really?) and to then allow both groups the benefit of studying in single gender classrooms.

Kids, correct me if I’m wrong, cause the more I think about this the more dizzy I get. Allow men on campus, but whilst they are there maintain the ethos that they must remain in their own gender neutral class because it will help them learn better. Help them learn better or help the school maintain those valuable school fees? At this rate, it might just help the males students to stay at their own gender neutral school somewhere far away. At least they could argue it was too far to bother attending class with.

But just in case you think I’m just being a crackpot, legal scholars are now up in arms too:

insidehighered: Title IX of the Education Amendments of 1972 bars gender-based discrimination at schools and colleges receiving federal funds. Private women’s colleges have an exemption from Title IX in their admissions policies, so it is legal for them to admit only women. But Title IX generally has barred single-sex courses except in limited situations such as physical education and chorus classes. Under the second Bush administration, then-Education Secretary Margaret Spellings issued regulations that significantly expanded the right of public schools to offer separate courses for male and female students, but those regulations apply to elementary and secondary education, not higher education.

Kids, can we repeat that loud and clear again, those regulations only apply to elementary and secondary education, not adults who one supposes the minute they graduate from college will have to deal with the unsettling task of working with the other gender. Ugh! Right?

But just in case you think the school is going completely looney, Debra M Townsley, the school’s new president offers us a light at the end of the tunnel. No matter how bleak:

The moral of the story? Yes we would prefer you all come and learn at our school, but on the condition that boys learn with boys and girls with girls and if you keep provoking us or get some lawyer to turn up we might make an exception and let you sit in your class of choice because you know like you we don’t believe in gender discrimination. Except that is when it suits us. Blah!