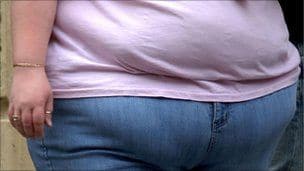 Researchers have deducted after studying data from 2.7 million people around the world that diabetes has more than doubled since 1980. Scientists from the school of Imperial College of London and Harvard University claim that the total amount of people with diabetes now stands at a staggering 347 million, up from 153 million 31 years ago. (that said this author is curious what the actual rate of incidence of diabetes would be when one holds population changes constant?).

Reasons offered to date as to why this may be the case include people now living longer, a continued shift in weight gain and an increasing amount of people with incurrence of elevated blood sugar, a precursor to the lethal type 2 diabetes- instances one supposes due to the increased availability of fast food (a by product of economic expansion and a general lifting of the standard of living in the third world) and a relaxed tenacity to observe ones actual health. Let’s not also overlook a tendency to forgo exercise in our so busy collective schedules…

bbc.co.uk: The study, carried out in conjunction with the World Health Organization, found that the diabetes rate had either risen or stayed the same in virtually every country.

Spending on diabetes medicines – already worth £22bn annually – could hit £30bn by 2015, according to drug research firm IMS Health.

Dennis Urbaniak, of pharmaceutical firm Sanofi, said: “This is a chronic, progressive condition.

“What we are most worried about is the number of people out there with diabetes that is not optimally controlled.”

All in all bad news for the general health of nations and an increased burden on world healthcare facilities but one could also argue a boon for the pharmaceutical industry whose business it is to save us from ourselves.

On second thought perhaps I’ll have a second donut sir, or maybe I shouldn’t…