are nobodys. Speaking of nobodys, Ms Hruska herself hails from the cornfields of Kansas before arriving in NYC to work as a glorified receptionist for a hedge fund. But like Ms Rose, at least she had the skill, the dexterity to reposition herself, even if it sometimes meant relying on the good graces of boyfriends. But such is life, as Ms Rose will attest to anyone who has observed her work around the clock.

Ms. Rose considers herself a businesswoman. (She now has an agent, but used to negotiate many of her television appearances.) For those who watched “High Society” a year ago, however, Ms. Rose came off as someone altogether different: a villainous schemer. In one episode, Ms. Rose threw a drink at a fellow cast member, Jules Kirby, who showed up uninvited to a party. Ms. Kirby called Ms. Rose fake and said she looked like a man.

Of course acting like a man (which is to do it yourself) will sometimes get you the tag that you look like a man too. 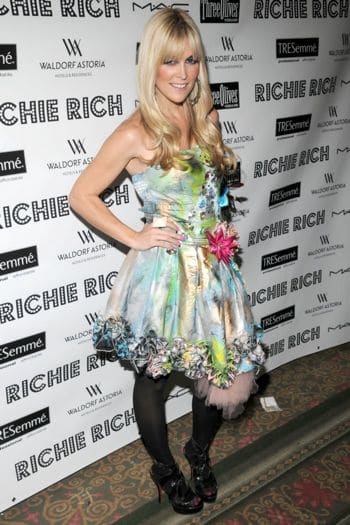 The onscreen fighting was fodder for the tabloid press as the feuding spilled off camera. Ms. Rose told The New York Post that Ms. Mortimer “believes she breathes rarefied air.” Ms. Mortimer publicly called Ms. Rose a “social climber.” Still, the show was dropped after its first season. Ms. Rose claimed that the onscreen outbursts were scripted and that she and Ms. Mortimer were never really friends. Ms. Mortimer declined to comment.

Last time I checked the visage of Ms Mortimer has hit more media windshields than a lady bug in the thick of summer being swept in a dusty hail. But then again one can acknowledge certain conditions when they are fully immersed in them- so if Ms Rose, whom to her credit does work her tail (and making connections and putting productions together seems to be the new curriculum vitae of certain entrepreneurs) is a social climber one can only wonder what Ms Mortimer is given her extensive unbridled lust for a camera lens and a page 6 look alike write up.

Isn’t it flattering to know at the end of the day the very people who condemn Ms Rose are on their own merits complicit in back door deals and kissing ass. Welcome to society indeed.