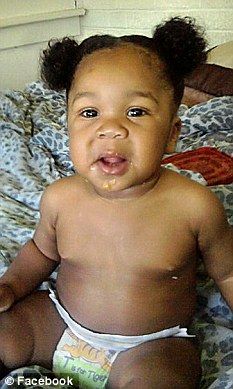 A 5 year old girl just wanted some peace and quiet…

dailymailco.uk: A five-year-old girl dragged a toddler to a bathtub and drowned him because he made too much noise and cried too much, according to police.

What makes this situation particularly beguiling is the fact that initially authorities had come to the view that the death of the 18 month old Jermane Johnson Jr was accidental. But after a 5 year old girl who was present at the house was interviewed it was then that she made the startling revelations that she had drowned the young boy on purpose because ‘he made too much noise’ and ‘cried too much.’

Which begs the question, are 5 year olds capable of realizing that they can cause death to another human being? Isn’t that something that should be beyond their comprehension at such a young age- that the act of holding a young baby’s head under water will lead to its death.

To date Kansas City authorities can not recall ever investigating a case with such a young suspect.

Mary Marquez, a juvenile officer with Jackson County Family Court, told the Kansas City Star: ‘I’ve been here 26 years, and I’ve never seen anything like this.

‘With such a young age, there is no way you could prove intent.’

Is that to say the 5 year old only meant to shut the boy up and not necessarily kill him? Which is why she dragged him to the bathtub and drubbed his head under the water until he stopped? But if she simply wanted the young boy to stop crying- why not simply hold it in her arms and gently appease him? But then again maybe she didn’t want the young boy simply just to stop crying, but to stop existing all together?

Should we dare to think that children as young as 5 years old are capable of such acts? And if so- what does that say about us as a human species?