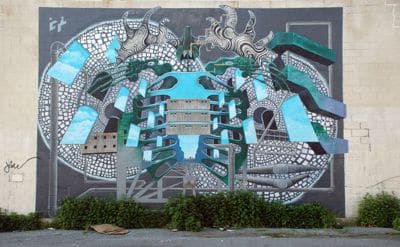 You’ve seen them everywhere around the city, those bigger-than-life murals touting various brands of alcohol, fashion, video games, movies, and art exhibits. The company behind the majority of these impressive, giant ads is none other than Colossal Media– the same force behind Banksy’s large-scale SoHo murals in support of his 2008 pop-up gallery. Colossal is a poster child (pun intended) for the marriage between underground culture and corporate branding.  Almost all successful branding campaigns turn to the avant-garde underground scene to up their image. Though, reverse the scenario and what do you get? Graffiti artists taking cues from the mainstream and an oxymoronic twist to the entire concept of street art, as we know it.

Now, hop across the river to Williamsburg and take a stroll amongst the tag-filled, defiled, vandalized, beautified, paint-splattered, spray-painted, poster-pasted, walls and look carefully. There, new street artistes have painted on private property and included their ‘effin emails and phone numbers! So, wait a minute, aren’t graffiti artists supposed to be discreet about this sort of thing? Isn’t it illegal to paint on public spaces? Isn’t the whole point of a tag-name to create an incognito calling card? This is not very badass. It’s as if Robin Hood started campaigning for Mr. Burns. 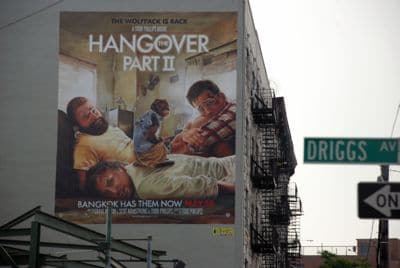 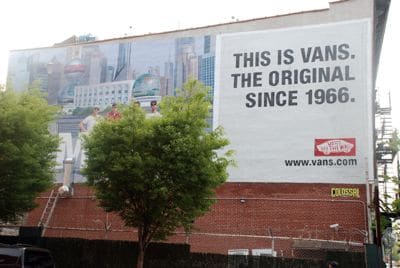 The sexiness of street art is energized by its controversial nature. It’s an art form that stirs discussion and pisses off the powers that be. It’s punk’s answer to painting. Roguish revelry. Now we’re seeing paintings of a blogspot, twitter page, or facebook link. We aren’t just given art and letting the art speak for itself. Art for art’s sake, where the artist is veiled behind a shroud of mystery, hiding in the shadows at night and stealing a spot to paint, driven by an uncontrollable urge to make his/her mark that has lived within human nature ever since the cavemen at Lascaux is being subsidized.

Shameless self-promotion with “resume attached” is becoming the mode by which these artists must compete with the big timers. That’s tacky in a bad way, but is it necessary in order to survive against the media giants? 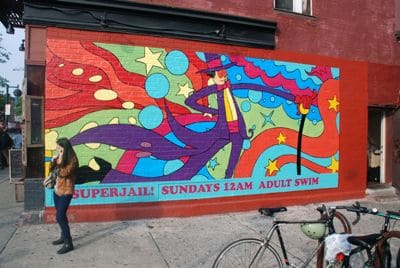 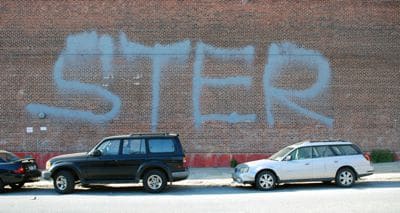 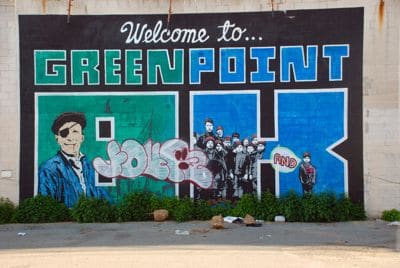