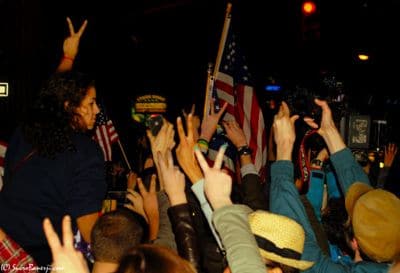 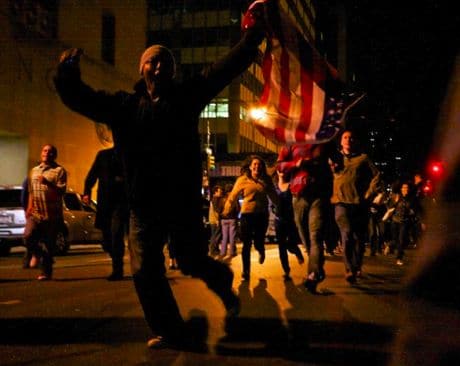 Shouldn’t our joy be bittersweet as death and destruction remain our world’s preferred weapons of peace?

It’s heart-warming to see the same procession of mourners that used to visit ground zero stricken with grief, to see them laughing and kissing and dancing and singing, sending their celebratory cries up to high heaven, rather than their pain and their sobbing. Of course. It’s encouraging to hear them say that their loved ones rest in peace, that their resentment is finally set to rest, that nearly ten years after their lives were brutally shattered, they can turn a new leaf and start their days afresh. Unspeakable wounds have been administered during 9/11 and every comfort afforded the victims should be celebrated. All of our hearts go out to you.

Osama Bin Laden, the figurehead of Islamist terrorism, of Al Qaeda, of the WTC massacre of 9/11 is dead. Like Saddam Hussein, Stalin and Hitler before him, his death is a symbol of evil overcome, of “justice served”, of goodness triumphant.

But something about the glee displayed for the “fall of Public Enemy no 1” in  NYC and Washington streets Sunday night was eerily reminiscent of the glee that led Taliban followers to shoot into the sky with their machine guns, celebrating the “fall of America” 9 years and seven months ago. There is no doubt that the fact that the alleged Mastermind of the September 11thattacks was still at large was an understandably unhealed wound in the American psyche, and that there was no way he was ever to be taken alive or led to trial – should it be for fear of civil unrest alone.

But on April 4th 1968, some people at the Texas Astrodome got up and cheered at the news of Martin Luther King’s assassination. Not unlike the NY Daily news today, they shouted “Rot in Hell” and “We got him”. As the crowds rejoiced at ground zero last night, the security teams stood on guard as retaliation is feared from Bin Laden’s supporters and Al-Quaeda’s subsidiaries around the globe.

In the south of Pakistan, mirroring the American flags flying victoriously in Times Square, crowds are shaking their fists. Is this not how we roll? For every wound there is a perpetrator and a victim. Through revenge, often veiled under the notion of justice, they exchange their roles daily. Is this really the only way we know how to heal? Gleefully exacting revenge on our oppressors, waiting for their revenge, while their wait for our revenge, cycling through layers and layers of self-righteous violence for the rest of eternity? Forgiveness is a tall order for figures of such blind destruction as Osama Bin Laden. But restraint shouldn’t be. Maybe our joy could be better spent than on the death of our enemies and the ongoing slaughter of primal retaliation.

An eye for an eye for an eye? Will it be a great comfort to us to know that “we cannot be fucked with” when everyone’s blinded ? Of course retaliation will follow retaliation. Of course this had to be done. Bin Laden’s relatively comfortable life was an insult to our buried victims and our shattered hearts. It is our understandable impulse to jump with joy at the fall of the symbol of what has hurt us. But the relieved revelry feels the same to every new set of satisfied victims that soon turn into the next set of executioners and maybe we want to be a little weary of the appeal.  Most of the bereaved families had to admit Osama’s death will 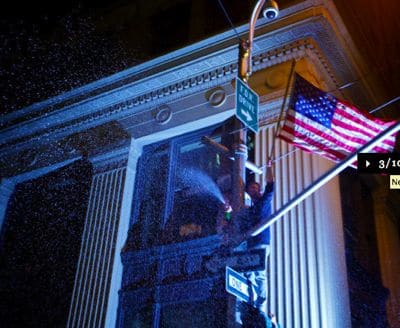