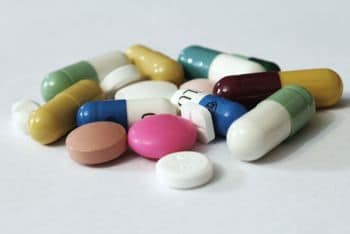 Canadian researchers are arguing that they have now come up with a new drug, called metyrapone (pronounced ‘met-yr-a-pone’) that can stop your ‘brain from recalling the sadness and other ‘negative’ emotions associated with difficult memories. Just a pipe dream or will metyrapone soon be replacing the collective man reaching for his favorite bottle of ‘Kool Aid,’ when the world becomes too much too handle?

psychcentral: University of Montreal researchers say that the drug metyrapone reduces the brain’s ability to re-record the negative emotions associated with painful memories. In other words, bad memories are effectively blocked from being recalled or remembered.

The team’s study challenges the theory that memories cannot be modified once they are stored in the brain.

“Metyrapone is a drug that significantly decreases the levels of cortisol, a stress hormone that is involved in memory recall,” explained lead author Marie-France Marin, a doctoral student.

Manipulating cortisol close to the time of forming new memories can decrease the negative emotions that may be associated with them, the researchers said.

“The results show that when we decrease stress hormone levels at the time of recall of a negative event, we can impair the memory for this negative event with a long-lasting effect,” said Sonia Lupien, Ph.D., who directed the research.

“We found that the men in the group who received two doses of metyrapone were impaired when retrieving the negative events of the story, while they showed no impairment recalling the neutral parts of the story,” Marin says in a statement.

So- does this mean sadness in the future will be on the way out? That society will just be a happy place full of happy people? And if we’re all so happy, what will happen to the quality of the music, the arts, the literature we consume- after all there’s nothing like reading a literary masterpiece that sinks us in existential despair (only to later revive us with hope and elixir).

Furthermore will taking the drug impair other brain functions- will we also be less sympathetic and even inclined to become social pariahs- too happy to leave the room to seek outside stimulation?

In the interim, the drug itself is hard to come by so don’t expect to see it on your bathroom shelf soon, that’s many years in the coming- but rest assured being sad will itself be a distant memory way in the future.