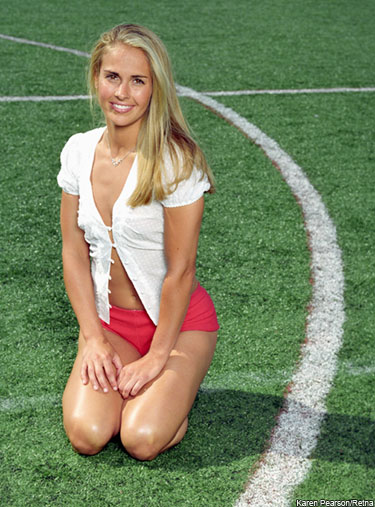 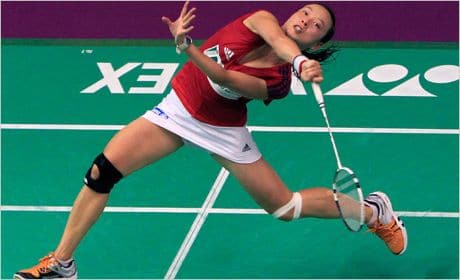 Whether you agree of disagree with this statement, the Badminton World Federation has ordained that in the event if this statement is true, it’s best to take advantage of said fact and have women start dressing more ‘appropriately’ so spectators can now suddenly find the sport that more ‘stimulating,’ and by default start watching.

Sound fuzzy and sexist to you? Well maybe that’s because it is….

But before we can continue with this discussion it should be pointed out pursuant to hotly contested fracture within the Federation, authorities today have decided to do away with the rule which would have gone into effect this coming Wednesday, as reports today’s New York Times:

Facing mounting criticism, the Badminton World Federation announced Sunday that it was scrapping a rule that would have forced women to wear skirts or dresses in elite competition.

Nevertheless an investigation of what popular leading journals were saying earlier this week could shed some light as to why today the Federation pulled the plug on it’s less than popular mandate:

jezebel: The new dress code will finally go into effect on Wednesday after widespread complaints led officials to postpone the May 1 start date. Currently many women play in shorts or track pants. After consulting with a marketing firm, it was determined that players at the upper levels of the sport need to look more feminine to attract fans and sponsors, according to the New York Times.

On the same token does that mean men also need to look more masculine and assertively attractive to fans to ensure beer and other liquor sponsors continue fronting that sport?

But here’s a thought. Does wearing a skirt make the female participant play a much better game? Not necessarily so, but what it’s sure to do is make certain members of the audience and marketers think she is playing a better game, and if we all know one thing about womanhood, it’s not what you achieve that matters- but how you look when you achieve it. Right? 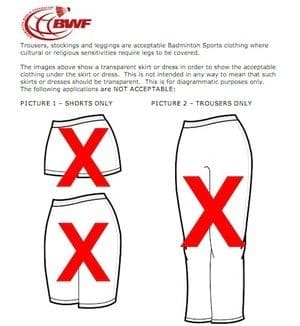 A document issued by the Badminton World Federation helpfully lays out in pictures what ensembles are now allowed, for those confused by the written guidelines. Players can still wear pants, but now they must put a skirt over their track pants or shorts. Seeing a woman sweat through her track pants is gross, but if you add another layer of fabric, she’ll look totally hot!

And for anyone who is astute, understanding that a woman should totally look hot at all times is almost a no brainer. Right? After all that’s what we mean by femininity? Isn’t that what we really value in a woman?

nyt: “This is a blatant attempt to sexualize women,” said Janice Forsyth, director of the International Centre for Olympic Studies at the University of Western Ontario. “It is amazing. You’d think at some point, somebody would have said: ‘Wait a minute. What are we doing?’ ”