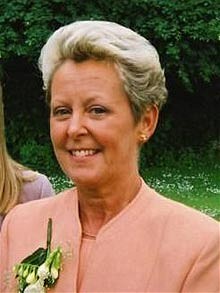 Man cuts off woman’s head in shopping market and then runs off with it.

Revelations from witnesses draw a grim picture prior to Jennifer Mills-Westley‘s untimely death at the hands of a certified lunatic – Deyan Valentinov Deyanov.

telegraph.co.uk: She alerted a security guard in the social security office that she had been subjected to “threatening behaviour” from an unwashed vagrant.

Her tormentor, a 28-year-old homeless man called Deyan Valentinov Deyanov, was well known in the popular holiday resort for his unpredictable and sometimes violent behaviour.

Mrs Mills-Westley waited for him to move on, and alerted a security guard in the social security office where she sheltered that she had been subjected to “threatening behaviour”.

It is unclear whether the Briton, a 60-year-old retired road safety officer from Norwich, was aware of the man’s dangerous reputation. After a few minutes Deyanov left and the danger seemed to have passed.

How often in our own lives do we wonder about people we so often come across that appear to us destabilized, preternaturally aggressive, off kilter, that we innately understand that it is in our own best interests to somehow remove ourselves from harm’s way- either by stepping back from the path of an oncoming train, turning a corner ahead of foreboding individuals on a street, or even simply bringing to another individual’s attention the off putting demeanor or behavior of some lout.

And even then, when we believe ourselves to have taken all reasonable precautions garish consequences can sometimes still await us…

At about 10.15 on Friday morning Mrs Mills-Westley left the office doorway and walked to a Chinese-run discount store next door. Tragically, she there encountered Deyanov again and he attacked her, with grisly consequences.

And to add mystique as to why things sometimes happen, we have this:

Authorities said they were not aware of any reason why Mrs Mills-Westley had apparently been targeted. Manuel Reveron, a local councillor, said: “Apparently this gentleman without any motive or any reason, although for this there is no reasoning, entered the shop and then cut this woman’s neck and took the head in his hand outside up to the sidewalk.”

Dominica Fernandez, a government official, said the suspect had “chosen his victim by chance”. Deyanov was known to be sleeping rough in the streets and in an abandoned house in the resort.

Even when you think you are safe, standing aplomb in some holiday cabanna, without quite understanding it- horrendous fate can come to anyone of us, even whilst out for a casual smoke or a carton of milk. Perhaps this seemingly innocence of it all is what makes Jennifer Mills-Westley’s murder even more horrific.