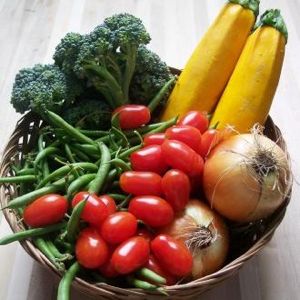 Is your vegetable ragout meeting your expectations?

Have you ever been on a flight and been utterly appalled by what was served to you but because you were 30 000 feet in the air, and 5 hours before the next food mall you just sucked it up and ate what was given to you by the flight attendant? Of course you have, but not our next contestant on ‘I will always have my way or your head.’

news.com.au: A VEGETARIAN air passenger was so disgusted by the food she was served on a Newark-bound Continental Airlines flight that she threw the loaded tray at a flight attendant.

The New York Post reported that things came to a boil somewhere between the Dominican Republic and Newark Airport after the 30-year-old passenger complained that her special meal did not meet her expectations.

“She said she was a vegetarian, and she didn’t like what she was being served,” said an airline official.

“So she threw the food tray – and the food – at the attendant.”

Sources said the meal was not vegetarian and that the woman did not like the way it was served to her.

That a way, that will teach the chef for trying to pass off last weeks left overs as this evenings primer. Never mind the abrupt way the flight attendant attempted to serve the food. A foot rub and a glass of sherry if you ask us would have been a more convivial way of prepping the diner before the food was finally served to the passenger.

And how did the flight attendant take to having food hurled at them?

The crew called the Port Authority (PA), whose officers met the plane when it landed at Newark at 3:58pm local time yesterday.

Although the flight attendant declined to press charges against the passenger, who was not identified, cops still filed a report.

Shouldn’t you pack a bowl of curried eggplant and raisins next time you hop on Continental?