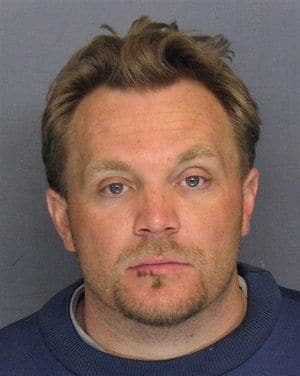 Isn’t it time you added some much needed drama in your marriage too?

Out of Manteca, Calif comes the beguiling saga of the 100 mph joyride Christopher Michael Carroll took with his wife clinging for dear life by the hood. Is this wetting your juices? Sure it is….

associatedpress: With the temperature hovering in the low 30s, Christopher Michael Carroll drove 35 miles from Manteca to nearby Pleasanton on Saturday with his wife clinging to the hood, prompting 911 calls from at least two alarmed witnesses, police said.

Carroll, 36, was being held without bail Wednesday at the San Joaquin County Jail on charges of attempted murder, kidnapping and domestic assault, according to sheriff’s department records.

Carroll got into the family’s minivan around 12:30 a.m. Saturday after he and his wife had an argument at their Manteca home, said police spokesman Rex Osborn.

Kids- what family altercation, I suspect this is the new way to get that blood running in the veins and open the spheres of matrimony to unprecedented levels.

The wild ride happened several days after Carroll was arrested for being under the influence of a controlled substance, Osborn said.

Police received a phone call Feb. 23 from a witness who reported that Carroll had climbed into a 6-foot-deep trash bin in Manteca and was threatening to drown himself in the 5 inches of water that had collected at the bottom, Osborn said.

“We went out there and talked to him for about an hour and he was obviously on some kind of drugs,” Osborn said.

Isn’t it time you expressed your love for the love of your life by clinging for dear life by the hood of the car as your better half annihilates himself in the depths of self despair with the lick of a 100 mph wind sun kissing your face?