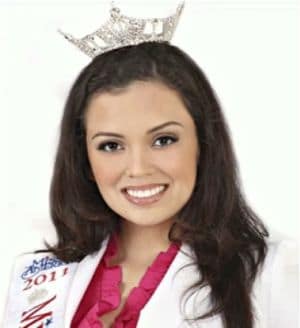 How to reclaim your swiped title.

Do you like tacos? It seems so does ex Beauty Queen Domonique Ramirez, or so some would argue. Either way, Ms Ramirez is contesting that she was stripped of her Miss San Antonio title because she gained too much weight for the judges liking. The judges on the other hand are arguing that she was relieved of her title because she refused to send thank you notes. Hmm- something strikes us rather odd with all this, that said- let’s grab a couple of deep fried tacos ourselves and see if we can get to the bottom (pun intended) of this…

nydailynews: The 17-year-old took the stand Friday after the pageant president testified bikini photos of Ramirez were unusable – even with editing software, implying she was too heavy for the shots.

“I won the swimsuit (competition),” she quipped to jurors. “So obviously I was good enough.”

Despite the comments from the pageant president in court, officials claimed that Ramirez lost her title because she was unreliable, didn’t write thank you notes and blew off her fitness plan.

Ramirez said none of that was true – and her lawyers argued she missed one event because officials failed to provide transportation, according to United Press International.

So in one corner one tribe is claiming she didn’t write enough thank you notes and that photoshop tricks couldn’t do much for her ballooning figure and from the other side of the sparring room we have a hopeful 17 year old girl who is denying she crept to a size 6 (which reminds us isn’t a size 8 or 10 the average size of most American women?) and that life is unfair and how dare the judges spring nasty tricks like this behind her back.

This all reminds me of one of those cartoons I used to watch where road runner would run off the cliff and coyote would follow only to fall to the bottom of the earth. The only problem here is I can’t decide who’s the road runner or the coyote- but then again, what did you expect with a school pageant, a missing taco voucher and no thank you notes…?