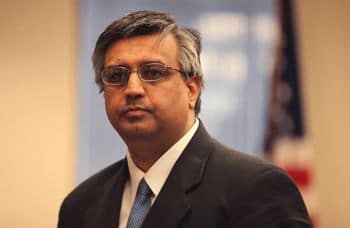 It’s time to meet ‘Mo’ who this morning was found by a jury of his peers guilty of second degree murder of his wife Assiya. In the event you are wondering how long it took the jury to come to its decision, it would not be an understatement if we were to tell you it took less than hour. But then again, does that surprise you? It sure surprised the baffled Mo…

buffalonews : The verdict came so quickly that Curtin Gable later said she didn’t know if she had ever had a trial in her career where a jury rendered a speedier verdict.

Hassan will be sentenced March 9 and faces a maximum sentence of 25 years to life.

Hassan could not be sentenced to life without parole, a sentence exclusive to a first-degree murder charge, typically reserved for cop killers and similarly aggravated circumstances, he said. Premeditated murder is not a condition for any homicide charge in New York.

But it only gets better. Yet doesn’t it always get better when the defendant believe themselves to be virtuous?

Sedita said Hassan showed “an incredible lack of self-awareness” throughout the trial because he called defense witnesses who were extremely helpful to the prosecution yet didn’t seem to realize it.

That same lack of self-awareness may have accounted for his reaction, one of stunned disappointment as he was ultimately handcuffed and led away by sheriff’s deputies.

“In his twisted mind, he really believes what he did was justified,” Sedita said. “That’s chilling.”

Which raises the question, why did Mo come to the idea that spending a lifetime abusing his wife and then beheading her was ‘justified?’

Yet during his two-hour closing statement, never once did Hassan mention the killing of his wife. Instead, his closing remarks echoed a she-started-it theme.

He repeatedly told jurors that the prosecution was building its case solely based on vindictive falsehoods spread by his wife in the last two years of their marriage.

“All these people are hearing stories,” he told the jury in closing arguments. “They want you to believe stories are evidence. They have no witnesses.”

Yes, she started it and he of course ended it. And how…

He also said the judge, prosecutors, police officers and medical professionals who testified against him did so based on their preconceived notion that only women can be abuse victims. In closing arguments, he referred to their adherence to a “religion of patriarchy.”

So let’s assume for a moment that Mo was indeed also a victim and for all intensive purposes he may have been.

After Hassan was served with divorce papers and realized his wife would never return to him, Curtin Gable said, he chose to end her life “violently and brutally.”

But not everyone saw it that way. Who didn’t see it that way was Mr Gable, the state attorney prosecuting Mo.

“Self-defense? Not a chance, not even close,” she said. “Ladies and gentlemen, this is intentional murder beyond a reasonable doubt — quite frankly, beyond any doubt.”

One day deep into his 25 years incarcerated, Mo will suddenly shed a tear and wonder for  a moment where it came from. He will then stop, brusquely wipe the tear away and remember the torment he was once made to endure.