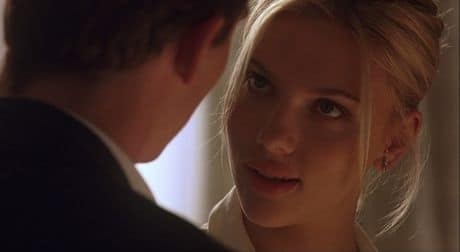 Our comrades in gossip over at Jezebel have posited some thoughts on the nature of the Mistress, and its ongoing allure in the zeitgeist. Movies are made about it. It’s a recurring plot device in TV melodramas. Odds are you know somebody who knows somebody who’s had an affair.

Now you know one more.

It’s not hard to see why people find them fascinating. It’s the forbidden fruit. It’s the vicarious thrill we get from watching someone go experience it—similar to action movies where an everyman gets to pound on the bad guy, or sleep w/ the femme fatale or take a twelve-guage to a horde of brain-hungry zombies.  Not likely gonna happen in real life, but still damn good entertainment. Right?

That adolescent addiction for melodrama (invisibly popular among teenagers and twenty-somethings until they  wise up) compel them to make life more like TV. We think it’s supposed to have visceral highs and lows.  Ergo, less-than-wise choices lead to dramatic consequences and presto! Life is more like TV.

The truth is, an illicit affair is the Las Vegas of relationships: It sounds glamorous, exciting and sexy, but it’s a dangerous gamblethat will end up costing you more than you bargained for. It’s not worth it.

Oh sure, there’s an thrill in sneaking away for a stolen afternoon. A night at the restaurant you only go to when you’re together. It’s a rush that comes from the thought, “I’m doing something I shouldn’t.” (I understand heroin also has quite a strong kick, but I’m not about to go trying it first-hand.)

When you fuck with people’s relationships, people get hurt. People you care about. You get hurt.

Are there success stories? Where the cheating couple end up happily ever after? None that I’m aware of.  You may hear about someone winning big in Vegas… but the odds are still stacked against you.

The real game is clinging to that notion that you’re not a bad person for doing it. “I saw her first.  She’s meant to be with me. We’re in love.”  All the while, you’re looking anywhere but at the knowledge that you’re making time w/ someone else’s girlfriend. Someone’s future wife.

The reason we’re fascinated by affairs is the same reason humans slow down to look at a car accident.  We’re morbidly fascinated when shit goes wrong.  Sure, you can power through and ignore it, but that urge to look is still there.  It’s more exciting than the boring norm. Isn’t it?

Some things aren’t going to change. The idea of an affair is still going to titillate. Still grab the attention. As  a species–  we’re still going to mess up from time to time. We’re gonna get involved in shit we know is bad for us. It’s a given.  But one of the things we’ve managed to work out is how to learn from someone else’s mistakes.  Learn from this one.