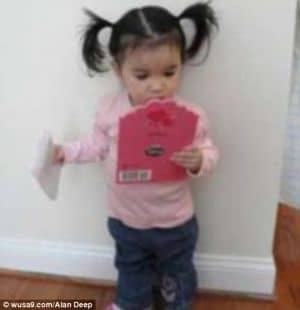 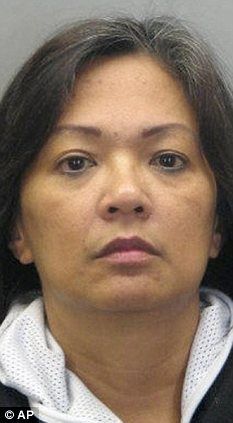 What compels the human mind?

Nothing can be more traumatic than testifying against one’s own mother, but this is what Mary Kathlyn Ogdoc was forced to do as she recounted an incident where her own mother Dela Rosa dropped her two year old daughter Angelyn to her death from an elevated bridge in a shopping mall in Fairfax County, Virginia.

dailymail.co.uk: The child plunged more than 50ft to the ground from the open walkway that connects the mall to the car park.

She was rushed to hospital with critical injuries after landing head first on the roadway below, but later died.

How ironic, the one person a mother can trust to see to their child’s benefit ends up being the person who brings its demise. But apparently there were clues something was amiss.

Tragically Ms Ogdoc said she tried to keep a close eye on her daughter when she was around Dela Rosa because the grandmother had previously tried to commit suicide.

But why take the young girl’s life? Was this proxy for taking her own life? Did she factor the degree of discord that would ensue? Was it this degree of discord that prompted Dela Rosa? Or was she in her own perverted way looking to spare the child of dilemmas that she inevitably would have to deal with as most of us do when we become conscientious adults? 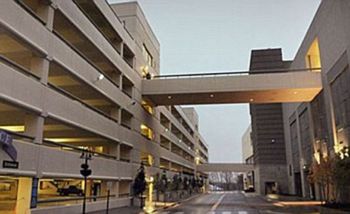 Horrified witnesses told police how they saw Dela Rosa grab the youngster and lift her up over a waist-high safety railing running along the walkway.

It is still unclear just why she allegedly picked up the girl and threw her over the side.

And other family members who witnessed the tragedy told police they had ‘no reason’ why she might have done it.

But what reason do you need to die?

Russell Jackson, who lives next door to Dela Rosa, said Angelyn’s mother would drop her off at her house three to four times a week for babysitting.

He said Angelyn was a beautiful little girl with long, dark hair.

‘When I saw the baby she would wave and throw me a kiss,’ he said.

He frequently saw Dela Rosa and the child smiling and having fun, adding: ‘She always had her little granddaughter in her arms.

And perhaps in some perverse way, Dela Rosa savored in the fact that she always had the young child in her arms and exercised the ultimate betrayal and affirmation of self by betraying on this child’s love whose love perhaps she was unable to bear. Indeed, what compels the human mind?