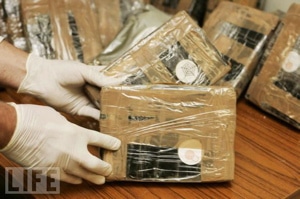 Is it a good idea to snort cocaine from seized police evidence?

Deborah Madden, an ex SF crime lab tech who was ‘using’ cocaine from seized police evidence for personal reasons has been doing cartwheels this weekend as she learned that the attorney general’s office wont be pressing criminal charges as they believe they do not have sufficient evidence, that despite her personal admission that she had been snorting ‘dropped’ samples.

washingtonpost: Madden, 60, had been accused of stealing small amounts of cocaine from the lab while working there last year.

The allegations led to the lab’s closure in March and the dismissal of more than 600 drug cases. It also created a nightmare for District Attorney Kamala Harris, who asked the attorney general’s office in April to handle any possible prosecution.

At stake though is whether a double standard has been raised, given that Madden was effectively a police employee?

A top San Francisco prosecutor sent an e-mail to a chief assistant district attorney in November 2009 complaining about Madden’s erratic behavior. The e-mail said Madden appeared to be purposely sabotaging cases by calling in sick on days she was to testify in court.

Police were tipped off to problems at the lab about a month later when Madden’s sister notified Madden’s direct supervisor that she had found a vial of cocaine on her sister’s dresser in Madden’s San Mateo home.

But if that doesn’t startle you, perhaps this will….

Madden acknowledged during a Feb. 26 police interview that she snorted cocaine that spilled on her work station to mask a drinking problem. She had taken a leave of absence when an audit revealed cocaine was missing from the lab.

For now Madden gets off scott free while somewhere tonight, some individual is getting to spend a night locked away because they found nothing more that a $20 coke bag in their possession. At least one thing is for sure- thank God Madden didn’t get round to it ‘examining’ it.