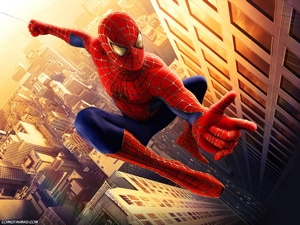 Monday night, yet another performer was literally struck down on stage in Spider-Man: Turn Off The Dark. During the climax of the show, actor and stunt man Christopher Tierney fell some thirty feet into the orchestra pit, after a cable supporting him snapped in two. He’s broken a number of ribs, and has suffered internal bleeding.

This makes four serious injuries in the limited, infamous run of a show already fraught with problems. Four. This follows a broken foot, a pair of fractured wrists and a concussion.

Now: accidents happen. Any show can suffer unforeseen mishaps, and granted, the focus is on Turn Off The Dark because of its notoriety. But is that notoriety translating into ticket sales? With so many postponements, can it?

A gambler facing serious losses may dig deeper in the hopes of making back what he’s already lost. “I’m already in this far,” he thinks. “I can’t quit now.” Unless he’s very lucky, he’ll only end up deeper in debt. This is the sunk costs fallacy, aka ‘throwing good money after bad’. The powers behind Spider-Man the Musical have already put up $65 million.

How much more money can be spent on a show that seems intractably in the red? How many more accidents have to injure its cast? Does Spider-Man have a towel to throw in, or is it already being used as a bandage?

Monumental effort should be applauded. It’s a noble enterprise, especially when it shows encouraging signs of success. But does Turn Off The Dark show any sign of making back what it’s lost?

The musical has now been postponed until February 7. That’s seven more weeks in which the show will bring in zero dollars. With sunk costs in eight digits, a production history riddled with setbacks and now serial injuries, it begs the question: why hasn’t it been cancelled?