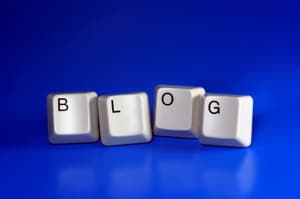 A recent infographic report from Pew Internet, which surveyed a sample 2,252 America adults aged 18 and up, suggests that the practice of blogging is quickly declining because Twitter and Facebook are slowly replacing it as the preferred method of kicking and screaming for online attention.

Mashable: Compared to last years report, most of the activities Pew Internet has covered in its report have increased in popularity in all age groups, especially social networking.

But, the report continues, Interestingly enough, blogging is not one of them, as only half as many online teens blog compared to 2006, while users ages 18 to 33 also blog less than before. Blogging did see a slight uptick among older generations (ages 33 and up), but still accounts for a relatively small number of total users. And for any serious (or semi-serious) blogger it’s not hard to see why.

Certainly social networking provides faster, less stressful and more convenient ways to update the world on your day to day activities, incite revolutions, or even pose thoughtful questions  all of which will automatically be sent into your followers’ mini-feeds. A kind of automated and instantaneous (if often intrusive) publicity.

I would suggest that the reason for the so-called decline of blogging (no shock that it’s already being bemoaned) lies largely in the online division between leisure and labor. Blogging has become a descriptor for online article writing, whereas once it was implicitly – if not explicitly – scorned as an amateurish kind of self-important personal journaling.

Blogging is now little more than a labor industry residing in the remains of what was intended to be a leisure activity more akin to absent minded Facebooking.  But what most social networkers overlook is that this particular species of fun and easy content producing comes with what could be best be called a price… or to be more precise, or the lack of a price.

Whereas bloggers (and even Twitter’s most followed microbloggers) get ad revenues for producing their content, the leisurely social networker does not directly reap the same monetary benefits for what is oftentimes the same amount of productive activity, always done for a company. They are at best unpaid laborers, and at worst (and this is an industry standard) unpaid writers.

Which is to say that the real genius of Twitter and Facebook is that somehow they force the user to overlook that producing content of any sort is labor, production per se, whether or not the writer, blogger, vlogger, tweeter, or social networker deludes herself into compulsively enjoying it.

But seeing what’s happened to blogging it shouldn’t be long, I would think, until the same thing happens to Facebooking. Still it’s no matter, as being born into online life is already to be forced into a life of unending authorial labor, and it’s never paid to be writer (unless you work for Gawker).