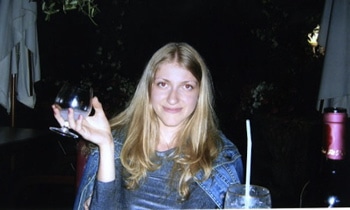 Debate is still running as to whether Ekaterina Zatuliveter, a 25 year old Russian emigre working in the British House of Commons on behalf of British Liberal Democrat Mile Hancock was actually soliciting highly classified information on behalf of the Russian government. Not taking chances, the British government who have been keeping tabs on Ms Zatuliveter these last 6 months has decided to expel her this morning- an expulsion which has suddenly flared already fragile relations between Russia and Britain.

theepochtimes: Ekaterina “Kaita” Zatuliveter, 25, was arrested on Dec, 2, and is suspected of having links to the FSB, or Russian intelligence, according to British media.

In August this year Zatuliveter was interrogated by MI5 about possible ties to the FSB, following a vacation in Croatia.

At that time British media placed the case in the spotlight, as it followed the high-profile spy swap between Russia and the United States.

Hancock, on his part, says he supports Zatuliveter.

“She has cooperated fully. … And she could have left at any time since then without this controversy but believed she had done nothing wrong,” stated Hancock in his statement.

She could have left, but what if she had orders to stay from Russia, despite what could be perceived as good conscience?

UK Telegraph: She was accused of using her position to try to gain sensitive material from the Government, after questions were tabled from Mr Hancock’s office requesting an inventory of Britain’s nuclear arsenal and the location of its international submarine bases.

But the media in Moscow claimed that the authorities were simply angry over England losing out to Russia in the bid to host the 2018 World Cup. “This all looks like petty revenge on Russia for the football,” said Komsomolskaya Pravda.

Petty revenge or a clampdown on what Britain (and by extension) the US government perceives to be a new threat to classified information especially in lieu of the recent Wikileaks fracas which has seen embarrassing dialogue rattled about and a new low in the ability of the West to save face?

The deportation order was thought to have been the culmination of an investigation into her background and connections.

It was unclear whether suspicions of links to the Russian SVR – the modern equivalent of the KGB – arose during her trips abroad or while she was in Britain. It was understood that MI5 had spent some time trying to identify a possible handler in order to amass evidence to bring a case against her.

But like most spy stories this one also comes with an interesting twist. The twist being Ms Zatuliveter’s stunning looks and her ahem short skirts…

Kerry McCarthy, the Labour MP, wrote on Twitter: “Used to chat to the ‘Russian spy’ researcher in the lift. Never asked me anything untoward. Not much of a spy. I know stuff!”

She also noted “she did wear rather short skirts” and added: “I think most of our conversations were about whether the lifts were working. That could of course have been code.”

Of course what’s a spy thriller without a photogenic vixen who likes to wear short skirts thus keeping local politicians and officers appropriately beguiled as she supposedly perpetrated crimes against the state?

And in the event you are wondering what’s really at stake the WSJ offers a plausible explanation:

Tensions over Ms. Zatuliveter’s detention could chill British-Russian relations, which have yet to recover from Moscow’s refusal to extradite a suspect in the poisoning of a former KGB official in London. One U.K. security official said that despite the end of the Cold War, Russian espionage continues at high levels as the country tries to gain British military and commercial secrets.

Should any of this really surprise us- short skirts, high cheekbones, and supposed good conscience aside?