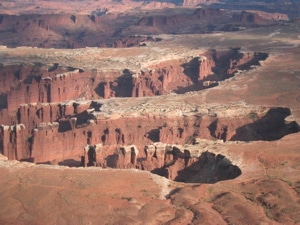 Isn’t it time you planned your next UFO sighting walk about mission in NZ?

In a report released this past Wednesday by the New Zealand, Defense department, sightings of many extraterrestrial beings have been sighted over the past 60 years, including that of an alien with size 440 shoes (don’t us how they managed to cajole the alien while they managed to get their shoe size).

UK Telegraph: The reports, detailing “sightings” of unidentified flying objects and their operators, range from the downright wacky to the intriguing.

Accounts came from people in all walks of life, including air force personnel, commercial airline pilots and passengers on aircraft, and even a New Zealand prime minister took a close interest in one case.

The more than 2,000 pages of documents dating back to the early 1950s had not been due for publication until the year 2050, but were released after requests under freedom of information laws.

Freedom of information laws? Now that’s compelling. Always good to know one is free to know information, even if it pertains to scandalous flying saucers and wacky sightings. We hear in the US ‘authorities’ like to keep such freedom of information centered on the free and wacky behavior of celebrities and other media saturated entities. But then again, when you have airline pilots and even passengers (you can always rely on a passenger or two to spot the alien) pointing out such things- who are we to question it?

Many reports include sketches of flying saucers and aliens, one showing a human-like figure dressed in silvery material with a wide belt, helmet and visor.

One man wrote to a government department in November 1955 to say he had seen “many” flying saucers.

Which leads me to confess we too saw a shiny object possibly in a silver straight jacket flying off the top of our building the other day, unfortunately for us they flew off before we had a chance to look for our sketch books.

Mysterious objects also reportedly appeared at the time on air traffic controllers’ radar screens but no other aircraft were in the vicinity.

The reports show that the late Sir Robert Muldoon, then prime minister, took a close personal interest in the Kaikoura incident.

Suzanne Hansen, a flying saucer researcher who has studied the incident, said last night: “It is obviously something we can’t explain.

Nonconventional indeed, but newsworthy at least. And of course when you have prime ministers getting involved that’s sure to build the sexiness factor. After all, what politician doesn’t like external events to deflect attention from their own wavering performances?

And then there is this from the Defense department:

While many reports were dismissed as the planet Venus, meteors, weather balloons, and even the Moon, one routine response was: “Thank you for the opportunity to look at your sketches.

“They are returned with thanks.”

Which has us wondering – shouldn’t they have at least kept the report on the size 440 shoe alien? After all some things are never easily understood, but thankfully we have our imagination for such things.