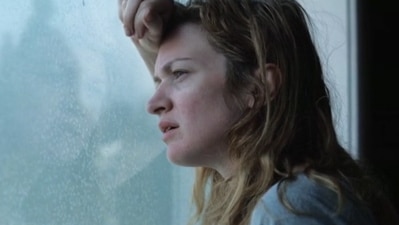 when i started the campaign i knew time was going to be short . i also knew i would need to be ready to pay our incredible crew for post production . i had to weigh the manner in which kickstarter works . if successfully funded we would not receive the funds until 2 weeks after the drive closed . that would put us into december . and . by that time it would be urgent for us to get the necessary exhibition format to be ready for screening at festivals .

the other item i had to weigh when starting the campaign was how much should i attempt to raise . after much deliberation and running of numbers . i landed on the figure of $10,000 . a lofty goal for sure in just 30 days . but . it was the number that would ensure we could finance the majority of the film . minimally . however . in the way it deserves without crippling our chances to be exhibited in festivals across the world . i had researched and seen films on kickstarter . with less caliber talent successfully raise well over 10k . to be honest . when the film is finally released all will be shocked at how tiny our budget has been . and . astonished . at what has been achieved . by this amazing cast and crew .

along the way i have been asked why i am attempting to finance the film this way . the short answer is . traditional finance . which was sought out for this film initially no longer exists . and . currently in independent film there is nothing traditional left . this is not a studio film . there are no deep pockets . or corporations . this film relies on those who believe in art . in community . it relies on friends . and . family . and friends of those friends and family .

to continue on with this thought . we live in a society in which many of our entertainment choices are made for us by large corporations who hard-sell us what they think we want see . hear . or . consume . it’s a top-down approach . and . a closed system that does not allow for any of us to have a voice in what is being produced .

with this film . it’s the exact opposite . the $4758 raised thus far as you all know is not from anyone wealthy . it’s from regular people like yourselves . all across the country . and . all across the world . that are making a choice with their hard earned dollars/euros to say “this is what I want to see” . “this is what i believe in” . and . your contribution to the film doesn’t end once the funds have been pledged . you are now part of the process of insuring this small but meaningful film makes it to audiences . we are in this together . and . sharing in the creation that is this powerful story on film .