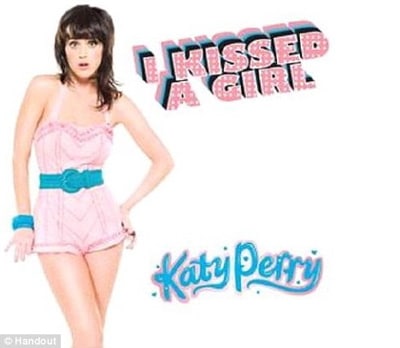 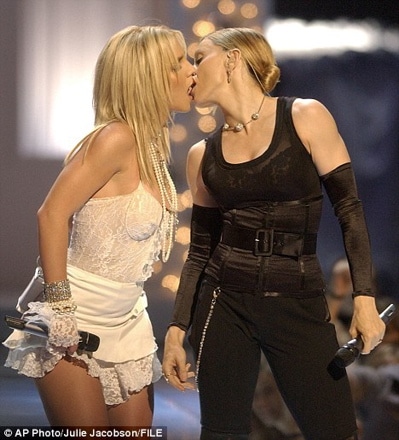 Since Louise Eccles‘ ambitious article debuted in Britain’s premier online smut mag, the UK Daily Mail, on Saturday, the term ‘flexisexual’ has tacitly emerged as the trending buzz word for people, particularly women approaching middle-age, “who have a sexual preference but refuse to be bound by it.” These are straight women, we’re to believe, “who refuse to play it straight,” thus defiantly calling the very nature of subscribing to a sexual descriptor into question. But as we’ll ask herein, to what end?

In any case, if we’re going to indifferently allow yet another dubious tabloid neologism to nudge its way into the already overcrowded miasma of headline-making media speak so crucial to contemporary trash-slinging, I propose we all at least examine not just what such an ostentatious adjective supposedly means, but what it implies. That is, that we first take on the very considerable task of asking: What are the greater cultural implications of flexisexuality if it is – as has been hinted – destined to slowly occupy a privileged position atop all this season’s hottest and most scandalous celebrity (and pseudo-celebrity) gossip columns?

“A girl that is bisexual only on weekends.”

And, I think, most accurate to Eccles’ primary definition:

“A person of flexible sexual orientation. Whereas they flirt with and try to attract both sexes, [they refuse] to identify as bisexual.”

This because Flexisexuality – as outlined by Eccles – seems to highlight the act of defiance. It differs from bisexuality by being less about the type of sexual behavior in question, than it is about identity, or more pointedly, this refusal to identify oneself with an accepted definition, an easily quantified cut-and-paste category.

As columnist Mikey Rox said – speaking specifically on the way such pre-existing definitions problematize gay identity – in an article previously published in this journal, entitled “The Thin Line Between Gay and Straight According to Someone Who Crossed it” :

[I]t’s these definitions – decided upon sometime in the 1970s in the back of a big rig on Avenue A, I’m convinced – that we think define us as individuals. But there’s a downside to all that blind ambition. In our quest to find our place in the world – and consumed by trying to please everyone else – we’ve neglected the most important part of being gay: Ourselves.

Moreover, the predominantly female phenomenon of flexisexuality differs from Ritch C. Savin-Williams’ ‘mostly straight’ male movement in that what Williams outlines is an addendum to the trinary categorization of hetero/homo/bi which still nonetheless accepts the overarching gay or straight duality, while Eccles’ flexisexuality – if unknowingly – outright opposes such distinctions intensely. After all, what’s the point of even claiming one has a sexual preference, if she also feels compelled to state she refuses to be bound by it?

There is no ‘mostly straight’ herein, as there is no ‘straight’ at all, instead only flexibility, multiplicity and plurality. Flexisexuality demolishes Mikey Rox’s ‘thin line’ to reveal a sliding scale more akin to Kinsey’s continuum, creates a personal sexuality that’s freely living, freely lusting, and constantly changing in its perhaps infinite variations and intensities.

Such a sexuality attempts to demolish all Western presuppositions which bind one’s gender to a culture-sexuality (straight culture, gay culture, etc.) by becoming a social stance that posits sexual preference as less about the combination of gender preference, equipment, and identity than decoding and deconstructing repressive sociality, as less an act of being sexually active than it is an act of being socially activist, asserting one’s personal individuality.

Which probably means we can eagerly await promiscuous bad-girls with a cause in this season’s celebrity gossip… at least it’ll probably be more uplifting than another round of washed up plastic surgery disaster coke-n-heroin addicts. Luckily, even if I’m wrong, Lilo still falls into both categories, so hope isn’t altogether lost.

A Bisexual comes out of the Closet.

Girls who do girls and other innuendo…