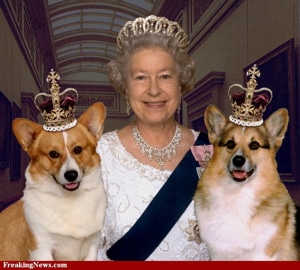 While it’s now being reported that our most royal Highness Elizabeth of England is set to join the noble likes of Kim Kardashian, her Ass, the usual tabloid trash, and all your favorite frenemies on Facebook, as the 80-something Queen “is keen to be fully signed up to the 21st century,” upon further examination, it appears to be nothing more than a gesture made for free publicity.

The page, supposedly “personally approved” by the Queen herself, has been schedule to go ‘live’ promptly at 8AM tomorrow (Nov. Eighth) , under the smartly branded title “British Monarchy.” I guess she still takes the ‘royal we’ rather literally.

These reports that The Monarchy (meaning Elizabeth really) is ‘embrac[ing]‘ both ‘the world’ and ‘modern technology,’ seem if anything disingenuous and at most a bit deceptive considering that one can’t really ‘friend’ them, be so improper as to ‘poke’ them, or, really, do anything but ‘like’ them  — thereby by signing up for their promotions and their newsletters.

And while a Facebook spokesman said that, “People can now have a direct connection with the Royal Family through their page to see a unique glimpse into palace life,” considering the circumstances, one has to question whether such a carefully scrutinized, and meticulously planned connection can really be said to be ‘direct’ or even ‘unique’ at all. By any means, it certainly lacks the anything-can-happen thrill factor we so cherish  while stalking stars on Twitter and are addicted to via all things labeled with that dubious word ‘reality.’

While it is, if anything, long overdue for the corporate-owned yet somehow public-seeming space of Facebook to become a post-apocalyptic fallout zone for highly-targeted continuous advertising, isn’t this stunt symptomatic of the change that social media, as a whole, is currently undergoing: one where people somehow desire to connect with advertisers or promoters under guise of ‘friendship’ for ongoing interpersonal ‘experiences’ that have become inseparable from consumption of a ‘brand?’