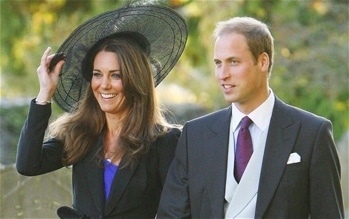 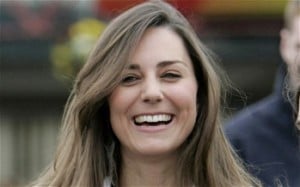 As has been customary when monarchies are grooming their children to take over their kingdom, their future spouses are usually earmarked from perceived correct corners of the neighborhood- that usually of similar blue blood stock, wealth, title and rank in society. Prince William’s newly engaged fiance (news of their engagement publicly disseminated today)- Kate Middleton it seems has none of these qualities and yet has already received the implicit blessing of Prince William’s family in arms…

UK Telegraph: For a future king to marry a woman from such an ordinary background amounts to a revolution in Royal terms.

Opinion is sharply divided over whether her marriage to Prince William will rejuvenate or diminish the monarchy in the public’s eyes. Some commentators have suggested Miss Middleton will bring stability to the monarchy, while others believe she will remove its much-needed mystique.

She will not, however, be the first commoner to marry a future king.

If not the first commoner, who is Ms Middleton who given the spate of recent trauma the royal family has experienced in later years must surely be a sight of delight for sore eyes?

Catherine Elizabeth Middleton, 28, is the eldest child of Michael and Carole Middleton, a businessman and former air stewardess.

She met Prince William while they were both students at St Andrews University and have been dating for eight years.

Miss Middleton previously worked in the accessories department of Jigsaw but left the job to join her parents’ firm. She has two younger siblings, Pippa and James, who also work for the family business.

She was privately educated at Marlborough College and first came to public attention in 2002 when she was identified as one of three friends with whom William was to share a house while studying at St Andrews.

In the end one can only hope that Ms Middleton will fill the vacuum left behind the death of Lady Di, who not a commoner herself strictly- had a great affinity with the commoner, despite the royal family’s often butchered attempts to reconcile or perversely alienate itself with its constituency. This time it seems the future King has got this one right. 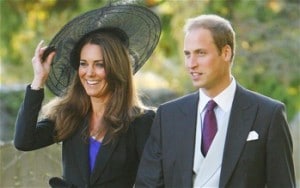