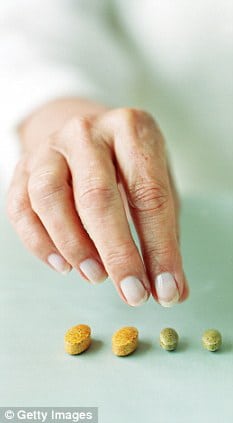 If massive amounts of drugs and alcohol haven’t been enough to help you forget your most recent pat-down by TSA employees, now scientists are suggesting something less fun but, supposedly, a bit more effective: a pill that will be able to black block out unwanted memories by, get this, removing special proteins directly from your brain’s fear center.

Touted as a treatment for everyone from former soldiers with PTSD to those who witnessed Miley Cyrus’ AMA performance, according to the Daily Mail the pills exploit a “window of vulnerability when unique receptor proteins are created in the brain as painful memories are made.”

The report continues, saying: “Because the proteins are unstable, they could be removed with drugs to eliminate the memory forever.”

So far the drugs have been tested by pumping rodents full of electric voltage until they’re conditioned to fear a tone, then recalling the memory artificially, thereby ‘re-opening’ the window of vulnerability “and using the drugs to eliminate the protein.” Of course, that’s where it gets somewhat existential.

Said Maryland mental health researcher Kate Farinholt: ‘Erasing a memory and then everything bad built on that is an amazing idea…But completely deleting a memory is a little scary. How do you remove a memory without removing a whole part of someone’s life, and is it best to do that, considering that people grow and learn from their experiences?’

Not to mention, we could imagine, the potential for abuses both governmental and private. With memory-erasing technology such as this, who’s to say it couldn’t be used on a torture victim or a rape victim, making it as though their albeit horrific experiences never happened? Which brings about another, perhaps more difficult question: is the pain we suffer during our most agonizing experiences at all lessened if later we can’t remember them?