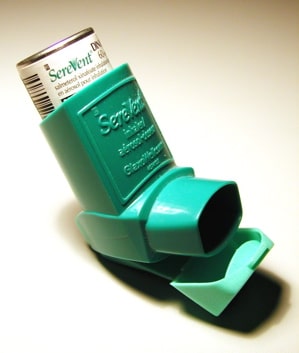 What happens when you rock up to CVS while you are having an asthma attack and are a dollar shy of buying the thing that will save your life?

Gawker: Katherine O’Connor was having an asthma attack while walking home in New Jersey with her boyfriend. Luckily, there was a CVS right there. But she only had $20, and the inhaler cost $21. And CVS wouldn’t give it to her.

Which should of course teach Katherine O’Connor a lesson for being poor.

“I had exactly a twenty-dollar bill. It came to twenty-one and change,” [her boyfriend] Jack Brown said. “I offered him my cell phone, my wallet. I said i live right around the corner. I come in here all the time.”

He was told the inhaler with tax would cost just over $21. He was short a dollar and change.

“I said ‘Can you just give her the pump. She’s on the floor wheezing,” Jack said. “I didn’t know if an ambulance would get there on time. He said there was nothing he could do for me.”

Doesn’t this story remind you of the million times you’ve been denied in life by irresolute credit card telephone operators, your mortgage banker who foreclosed on your home, the deli guy down the road who refuses to sell you a bottle of water on a hot day because you’re a quarter short or the God in the sky who refuses to steer your life in the right direction because you forgot to make it to Sunday school one weekend?

But in real life, her boyfriend knew a paramedic, who rushed over and administered the inhaler to O’Connor. The specific CVS store had “no comment,” while the corporation says “The well-being of our customers is our highest priority and we are looking into this matter.”

The moral of the lesson: never owe anyone any money, avoid being born into a poor family, having a bad hair day or any other ailment or condition that could confuse a peon made to stand there and attend to your every need.

Of course having a caring boyfriend or girlfriend or something like that goes a long way too.