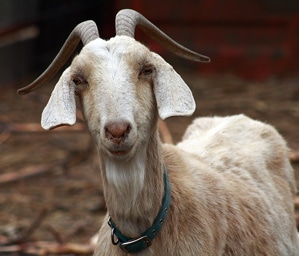 For the second time in less than a week, Twitter, the veritable bowel system of the social media, has once again become ‘infected’ with a java ‘worm’ bent on blighting the micro-blogosphere with uncontrollable verbal diarrhea – this time with a hack that makes the user declare his “supposed fondness for sex with goats” when she or he clicks an aptly titled link displaying the message “WTF.”

Sophos: Clicking on the WTF link would take you to a webpage which contained some trivial code which used a CSRF (cross-site request forgery) technique to automatically post from the visitor’s Twitter account.

All the user sees if they visit the link is a blank page, but behind the scenes it has sent messages to Twitter to post from your account. The news of Twitter’s recent, well, fuck-ups have been both lambasted and embraced by the interweb community, and, for some reason, always vehemently…
No platform for so-called social media, even Facebook, has yet been quite as polarizing as Twitter, nothing else remotely capable inspiring both micro-bloggable ecstasy (mostly by fans of Justin Beiber) and long-winded disdain (mostly pseudo-intellectuals who at one time aspired to be a ‘writer’) on the part of men and women of all ages and across the social spectrum.

But what is it about Twitter that compels so many of us who choose not to partake in it (including myself) to so enjoy blogging about its failures?

Could it be because we fear it,  at least in its current form? And why else seek to hurt it — even destroy it –  by creating (or promoting) its infestation by an internet worm?

One should wonder whether we’re dealing with a tactical media protest, intent on drawing attention to the question posed by the worm’s creator, most apparent in the text of the offending link itself: WTF?.

What better way to make us re-evaluate just what we choose to Tweet about than by strategically posing a question and letting run wild, all the while evoking a response of absolute disgust?