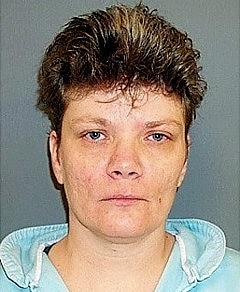 Will Teresa be spared a lethal injection come before Thursday?

The case of Teresa Lewis has begun to strike a chord both here in the nation and strangely enough in Iran as well, as a consequence of her pending lethal injection for a double murder that she apparently orchestrated in 2002. Except new evidence that has come to light points the finger at one of the murderers brought on to execute Teresa’s plan. The jig? Teresa was coerced to give the double murder of her husband and step son the green light.

NY Daily News: The governor of Virginia has refused to reverse his decision regarding the fate of a woman on death row, who could soon be the first female executed by the state in nearly a century.

“Based on his thorough review, the Governor found no compelling reason to grant clemency and made a final decision,” J. Jasen Eige, counselor and senior advisor to Gov. Robert McDonnell, wrote in a letter to Lewis’ lawyer, James Rocap, on Monday.

Except claims are beginning to surface that in fact a thorough investigation has in fact not taken place:

Among the new evidence is the claim that Lewis has an IQ of only 72, just a few points above being mentally challenged. In addition, one of the two men she used to carry out the killings claimed it was his idea, and he manipulated her for the life insurance money, in a letter he wrote shortly before committing suicide in 2006.

“Killing Julian and Charles Lewis was entirely my idea,” Matthew Shallenberger wrote. “I needed money, and Teresa was an easy target.”

Should the law offer leniency to Teresa because she was a few points shy of being mentally challenged? And if she is indeed mentally challenged, isn’t this a fact that would have been established at her original conviction and interestingly enough, why were the other assailants Shallenberg, along with Rodney Fuller sentenced to life imprisonment, while Teresa Lewis was ordered on death row?

Of course could one also argue that the nation is questioning the veracity of capital punishment, capital punishment that is for the first time taking the life of a woman. Is there an unspoken rule that putting a woman on death row is an impolite thing to do?

Then there was this interesting observation by Iran’s visiting prime minister President Mahmoud Ahmadinejad :

“….world attention has been devoted to Sakineh Mohammadi Ashtiani the mother of two whose sentence has been suspended pending a review, but “nobody objects to the case of an American woman who is going to be executed.”

“Today Western media are propaganda agents who continuously speak about democracy and human rights though their slogans are sheer lies,” he said.

Of course one need to be reminded the execution of Sakineh involves the pelting of rocks, while that of Ms Lewis via the less intrusive method of lethal injection. But then again, intrusive or not, both cases have inspired popular debate and hand wringing. Which perhaps begs the bigger question: What as a society are we really offended by? The potential death of a female inmate (in the longest time) or the death of any inmate at the hands of the law irrespective of their gender?