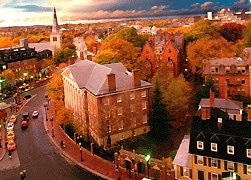 Mitchell Heisman, the man who recently shot himself in Harvard Yard, also released an unreadable rant suicide note totaling some 1,905 pages as “a test of whether America can be true to itself” based around one rhetorical gambit: if he proves his point he manages to create a spectacle that nobody cares about.

Heisman’s dying “hypothesis” that “this work will be repressed,” is developed in his statements that “The attempt to repress rather than address the evidence in this work, for example, can clarify that there are arguments of substance that are being denied a right to be heard.”

Put more bluntly, he means: “if you don’t read this, in full, and respond to it, I prove my point and America fails to live up to its billing as the world’s premiere place for ‘free speech’ and ‘liberal democracy.’ Really?

Heisman’s megalomaniacal rhetorical positioning (he has already been compared to Camus and Nietzsche) shows the thoughts of a troubled man equally media savvy and out of touch with reality. Could not his ‘work’ (crass quotations marks I know) be ‘suppressed’ by simple virtue of that matter that no one any longer has the time or willpower to wade through 1,905 pages and 1,455 footnotes just to see if you can argue about “the seditious genius” of “Jesus’ penis” coherently.

But the sheer volume and density of unreadable prose accompanied by the suspiciously theatrical gesture of killing himself in Harvard Yard masks what could, and in this critics opinion should be construed as a final attempt to climb the academic/social ladder.

We can above all else be certain that we wouldn’t care about a suicide note, especially such a long and pretentious one, had the Harvard name not been attached to it. And, likewise, that Heisman, who has a B.A. in Psychology from the University of Albany, surely knew this also.

Is it not more than likely that Heisman chose to shoot himself at Harvard out of sheer desperation to an air of credence to a failed critical career that would otherwise be but a fleeting curiosity? After all, looking at the headline, one can almost get the impression the gunman went to Harvard…