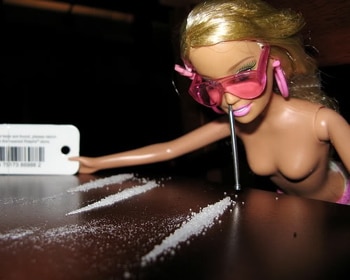 Announcement to the Mark Zuckerberg’s 500 million Facebookers: There was no coke or boobs involved in creation of your favorite social media outlet.

It’s okay to post as much skin, or as many drugs as you want on your Facebook page; yes, we know you’re not supposed to, but come on, we’ve all seen a secret stash that accidentally makes it into the corner of the picture, or the girl that wants her friends to see everything except her areola, but, Mark Zuckerberg, creator of Facebook, wants you to know, he would never take part in such debaucheries.

Apparently, producer Scott Rudin is taking a little artistic liberty and spicing up the lives of geeks that created the world’s biggest invasion of privacy.

Gawker:  As of this week, Mr. Rudin said, one remaining question was to what extent the finished film would include a scene that depicted Sean Parker, the Napster co-founder who was heavily involved with Facebook’s early history, delivering his dialogue while a pair of teenage girls offer partygoers lines of cocaine from bared breasts.

We hope they leave in the scene. In fact, it’s fair to guess, that would be the only titillating few seconds of the movie. Why would be pay thirteen bucks to go see a nerd who is now a gazillionare code a program for two hours so he can make a few friends, when they can just save their money, sit in the comfort of home, and peruse all of the much more scandalous things are friends are doing in real time?

If there is no boobs or coke, we’ll stick to vicariously living through our friends’ much more interesting status updates; so bring on the jugs and the drugs. Now I wonder where our editor is…?

Sean Parker the King of the Jetset Beatniks.