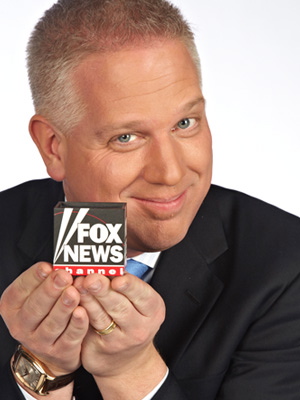 Glenn Beck, Grand Poobah of mindless rhetoric, wants you to know in his latest tirade that he has the ability to time travel and land, in the middle of the night via worm hole, to a Socialist faux America; sounds like someone might be falling off the recovery wagon.

In a recent segment for his show production, Beck screams at all of his Conservative Kool-Aid drinkers living in Obama’s America is like being on the “Planet of the Apes,” a place in which our government is only looking out for interests that will collapse our economy; so Obama can be the Phoenix rising from our Democratic ashes; saving us with Socialism.

Huffington Post: What planet have I landed on? Did I slip through a worm hole in the middle of the night and this looks like America? It’s like the damn Planet of the Apes. Nothing makes sense!

Seriously, Glenn, put down that pipe.

For those too young to remember, “The Planet of the Apes” was a film made in 1968. At the time, it was considered a horrifying prediction that if man continued on their mindless path, America as they knew it, would be destroyed — that one day they would awaken in world they no longer recognized, ruled by apes.

Doesn’t it seem like our pal Glenn has it a little backwards? Yes, we know it’s obvious he is trying to get liberals hot under their collar by his racist dig; but what’s incredible is how hypocritical his comparison is, even for him.

The mindless path man is on, is caused by people spending time watching people like Beck, and then calling themselves informed. Instead of actively engaging in politics; or god forbid, reading a newspaper for national news; people are going home; jumping into their Snuggie, and cozying up to get be aurally assaulted by their favorite conservative commentator.

For as crazy as Glenn is sober; we can only hope he is not picking up old habits. If he is; next time takes a trip, the least he can do, is hop into his wormhole, and stay there. Obama may be an “Ape,” but at least he’s not a Jack Ass.