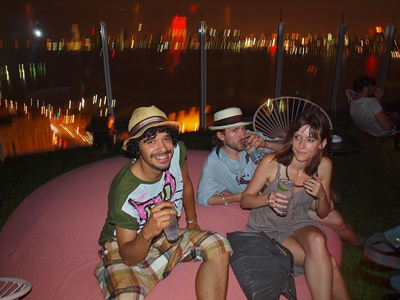 Besides water beds and breathtaking views of the city, the rooftop area also includes some Astroturf, lawn chairs, and coin-operated binoculars, which actually looked to be in use throughout the night). Most of the dancing was occurring on the first level, which had the DJ’s playing some lovely 60’s-ish music. I requested some yé-yé music, but they for some reason didn’t have any to play—sorry I thought this was a French magazine’s party in a bar with a French name?

After some dancing and my second fancy cocktail I fancied using the facilities and waded through the now much larger crowd towards the hall of mirrors in which I finally managed to find Le Bain’s other la salle de bain. And all I can say is “wow”. Exciting—but also slightly depressing—is that they’ve managed to outfit each individual toilet so that you have your very own thousand-dollar-view. (Maybe it is more than a grand for four square feet up there? Who knows.) 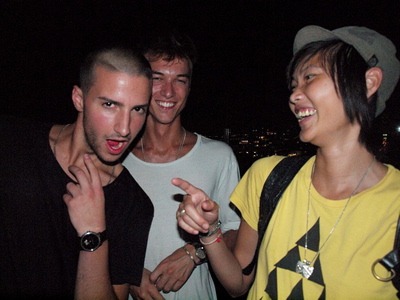 Around 2:30AM the event was still packed, but we decided to head out. After saying goodbye to the great people I’d met, I descended back down to the ground floor reflecting on what a pleasant night it had been. I returned to the infamous velvet roped in area on the ground floor that by now had a small number of desperate looking people trying to explain to the staff who they were and why they belonged there while scrolling frantically through their cell phones. I made the mistake of pausing for 10 seconds to answer my cell phone in this sacred area and was quickly given an ultimatum by a woman on the door staff “ARE YOU IN OR ARE YOU OUT?” 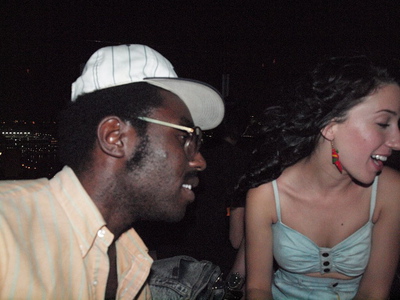