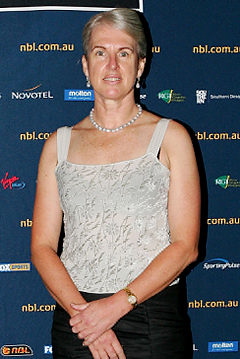 The amazing story of a woman who should have known better.

Diane Smith Gander is not a very happy woman and she intends to take revenge on her ex husband. Why? Because according to a suit filed in the Manhattan Supreme Court, James Sias didn’t turn out to be who he said he was. Never mind the 12 years they spent together before Sias filed for divorce.

NY Post:In a $1 million Manhattan Supreme Court lawsuit, Diane Smith-Gander says she met James Sias on a Colorado ski trip in 1995, and they became romantically involved. The successful businesswoman says she told Sias she only wanted a relationship with someone who had a successful career, and who’d never been married before nor had kids.

A reasonable demand no doubt. Personally I want any future bride of mine to have been a Ford cover model and the most pinned up in the school locker room. Each to his own we guess…

Sias told her that he was just the man — he had a successful law practice and had never been married before, the suit says. They tied the knot in 1997, and after they bounced around between Australia, Washington and New York — with Smith Gander paying their bills — he filed for divorce three years ago, the suit says.

Of course he’s the man. I’ll tell you anything to get you into bed with you. Of course there are certain things I might just hold back from telling you too. Like my bank account for instance. Which makes us wonder, didn’t Smith Gander have an inkling his bank account was somewhere near zero when she was the one paying for bliss? But then again, does it really matter who’s paying- if you’re happy in love? What about when you’re not happy in love?

At a deposition in their divorce case this past spring, Sias admitted he’d lied about his law career, that he’d been married twice before and had kids — and he apparently used Smith-Gander’s cash to pay $30,000 in back child support, the suit says. She’s suing for money damages, including the cash she’s spent on their divorce since they shouldn’t have been married in the first place.

So now that you’ve had the chocolate souffle and somehow worked out that in fact it was sawdust souffle does it make sense to get your money back? Never mind you kept going back to the same restaurant for 12 years. Somehow we’re betting it tasted fine for a while until something happened to take the taste out of Smith Gander’s mouth.