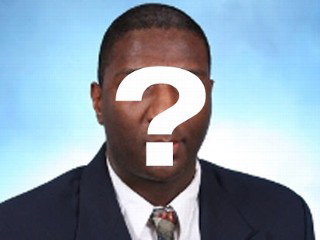 How to confuse career politicians.

By now it’s been drummed into our heads that the only way as a citizen you can ever hope to grab your self a seat in government is to be prepared to come to the table with lots of money and connections willing to go out to bat for you, never mind anything useful you may have on your mind. That of course all changed last night with the participation of one Alvin Greene who as you will see below defied expectations to win the democratic nomination to face the incumbent Republican senator Sen. Jim DeMint in November. As you can imagine political pundits across the country are this morning scratching their heads.

With nearly all precincts reporting, Alvin Greene, 32, commanded 59 percent of the vote against 41 percent for former four-term state lawmaker Vic Rawl, 64, who had raised about $186,000 and had to abruptly scrap a late-week fundraiser for the fall.

Which either sends the signal that voters don’t even know or care who they are voting for anymore or that for once an unknown with little following can stir up the community’s imagination. Of course that would be too dramatic an assumption according to State Democratic Party Chairwoman Carol Fowler who offered what probably happened was voters unfamiliar with either candidate may have voted alphabetically for Greene over Rawl. Which only makes things even more bleak.

“As far as I know, he never showed up at anything. Vic Rawl has been campaigning everywhere from the time he filed,” she said.

Alvin Greene may have never showed up, but then again what is ever actually said or done when a politician ever shows up, save for a few photo ops? Or then again it just may well be that the people in South Carolina don’t know what they are doing or in fact know all too well they are doing. Which is scarier has yet to be determined. As for Greene himself- he is kind of shocked and probably wondering whether he should get round to putting up a website and raising a few dollars.