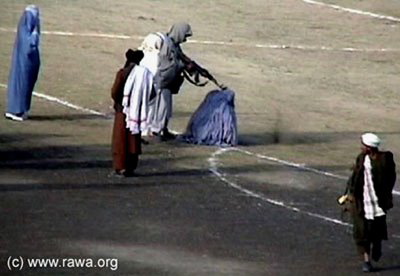 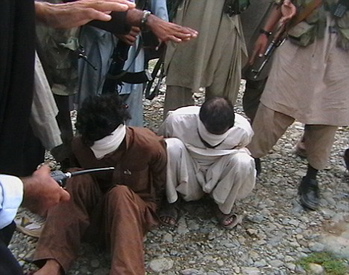 The Taliban would like to know if your 7 year old is a spy.

At risk of joining the anti Taliban train wreck making the tabloid circuits this afternoon, one has to pause and wonder for a moment at what moment does one put common sense and human empathy in front of idealogy and warfare. The throttle? Reports that the Taliban this morning executed a 7 year old boy on the suspicions he was a spy.

I don’t know about your 7 year old, but when I was 7 I still had to call my mother out of bed to take a wee wee and anything that moved down the street the wrong way was another open invitation to concoct an excuse to play with my billiard set- crash, hurl and kaboom! That said, in my eagerness to destroy butterflies and praying mantas in my parent’s backyard could hardly be confirmed as a desire on my part to asphyxiate the entire insect population- because frankly I didn’t even know what an insect was the same way that 7 year old executed didn’t know what some strange man with a hearty rope bundle over his neck was getting up to.

To be fair, 7 year old boys and girls live in their imagination. It’s where we feel safest as we take the time to digest the world, the butterflies, the artillery fire, the exploding shrapnel and the ropes over our necks…