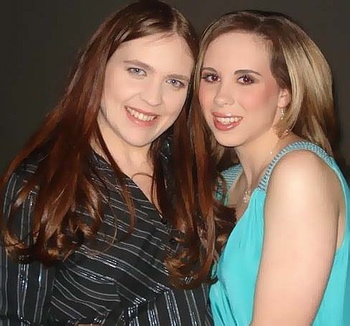 Sister rivalry is a bitch.

From Australia comes the story of the Worrall sisters. Kathleen Worrall, 20 years old at the time disturbed by the idea that her sister Susan was bad for the family decided one day after their parents stepped out to take matters in to her own hands. The tale of sisterly contempt courtesy of news.com.au.

Kathleen Worrall was a 20-year-old university student when she formed a plan to kill her 18-year-old sister, Susan in the family’s Strathfield home in Sydney’s west, believing she was “bad for the family”,’ the Supreme Court has heard.

She took three knives, hid two of them in her bathrobe, and crept into her sister’s bedroom after her mother had left for work on October 10, 2008, intending to kill her but couldn’t bring herself to go through with it.

But in the end she did go through with it. Why? Because Susan being the bitch one supposes in Kathleen’s mind had changed the password to get on the internet. And that you see was the final straw…

It was when she sat down at the family’s computer and found the password to the internet had been changed by her sister – in what she said was “the last straw” – that she snapped.

She lay in wait, and as Susan came out of the bathroom, she grabbed her from behind and stabbed her up to 50 times.

50 times- because that’s how many times she tried in vain to figure out the new password?

“If I can’t have the internet, neither can you,” she told police she said while her sister cried out, “No Kathleen, I love you, I love you, please stop”.

The court heard she thought her sister was “faking”‘ as she lay in the hallway gasping for air, and she said “stop faking it” and stabbed her again.

And that you see is what sisterly love will get you sometimes. As for Kathleen? She will only be serving less than 5 years because she was found to be not taking her ‘hormone medication’ which had caused her to behave abnormally of mind. It was also reported in court that the sisters had exchanged death threats to each other over a missing hair straightener months before. Let’s hope Kathleen doesn’t forget to take her medication now that she’s locked inside…