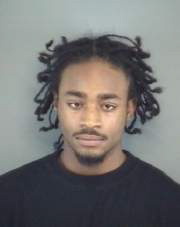 If only Bruce could play nice.

Things were going well for Bruce, he was up a few points on his video game and then something tragic happened. For some inexplicable reason the game turned off and suddenly Bruce was left to deal with his existential angst. Looking around the room he came across the culprit- his girlfriend’s kitten which had unwittingly unplugged the video game from the wall socket. That’s when Bruce decided that he had to deal with this culprit to the best of his ability.

Staunton authorities were called to Walston’s apartment at 9 p.m. after his girlfriend phoned 911. Police said Walston apparently became enraged when the woman’s kitten disconnected his video game. Walston is accused of killing the kitten by hurling it against a wall.

Which is to say Bruce is now in deep shit and wondering whether if a heart to a heart talk with the kitten would have been a better option. Unfortunately for Bruce he’s not that particularly diplomatic. And from time to time he prefers using his fists the way say like a video game hero would…An earlier incident this year gives us some more clues as to Bruce’s nature.

Police arrested Walston earlier this year after he was suspected of assaulting two people at his apartment building and beating one of the victims with a vacuum sweeper. According to police, Walston and Sylvestor Gentry, 25, of Staunton, kicked in a door at Apt. 3, knocking down a 36-year-old man who was beaten with the sweeper. Klein said a 54-year-old woman also was knocked to the floor, where she was punched and kicked.

One day Bruce too will  find himself find hurled against some random wall, but with jail around the corner that day may be sooner than Bruce could pleasantly expect.